A good run for Keyd Stars. 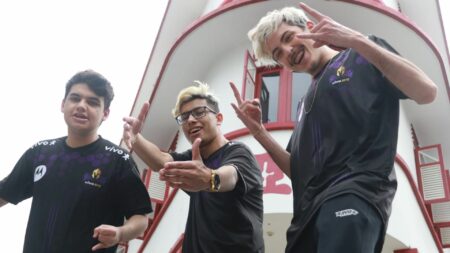 Luiz “Luiizz” Henrique Alves, Keyd Stars’ roamer, has confirmed that the organization decided to call it quits after just one season.

Luiizz confirms that Keyd Stars has withdrawn from MPL BR

In an exclusive interview with ONE Esports, Keyd Stars’ roamer confirmed the shocking news and stated they are now available should an organization be interested in acquiring their roster.

“Vivo Keyd left MPL BR. Our current lineup has no sponsors,” he stated. “We are now open to opportunities from Indonesian teams or other countries to have a Brazilian MLBB division playing in Brazil,” Luiizz said.

Brazilian esports media, OBuff, has also confirmed the news that all the Keyd Stars players are now free agents.

Composed of experienced players in the region, they were able to place second at MPL BR Season 1, narrowly losing to Red Canids in the grand final.

This earned them a slot to represent the country at the M3 World Championship, where they shockingly pulled off an upset against powerhouse ONIC Esports in the group stage.

However, they fell short in the tournament after losing to eventual champion Blacklist International in the lower bracket playoffs.