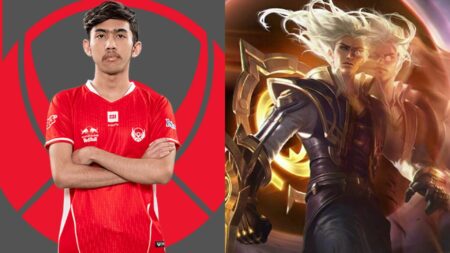 Jabran “Branz” Bagus is back.

The first week of Mobile Legends: Bang Bang Professional League Indonesia Season 8 (MPL ID Season 8) has concluded and many teams have already surprised the fans with their unique strategies.

One notable player who made a splash in the first week is Bigetron Alpha’s Branz, who proved that that marksman Natan performs a lot better with the support emblem.

In the first match of MPL ID Season 8, Bigetron Alpha faced off Rebellion Genflix, the newest team in the league.

It was an intense matchup that came down to a third and final game. That’s when Branz locked in Natan against the offensive-heavy lineup of Rebellion Genflix which consisted of Balmond, Granger, and Selena.

The casters pointed out that he was running the Focusing Mark emblem, with allocated points in Hybrid Penetration.

The game turned out to be successful, after Bigetron Alpha won the series in a dominating fashion. Branz finished the game with a respectable 4-1-4 KDA.

Why you should use support emblem on Natan in Mobile Legends

According to Branz, the Spacetime Walker is set to become one of the strongest marksmen in the current Mobile Legends meta.

“He is a marksman who deals a ton of damage during team fights. He fits in various roles, not only as a jungler, but in the mid lane and gold lane too,” he said.

He explained that what makes the support emblem a must-have for Natan is because hybrid penetration is a lot effective on him compared to the assassin emblem or marksman emblem.

You can watch the replay of the match here: