Every League of Legends Runeterra race featured in Arcane

They come in all shapes and sizes. 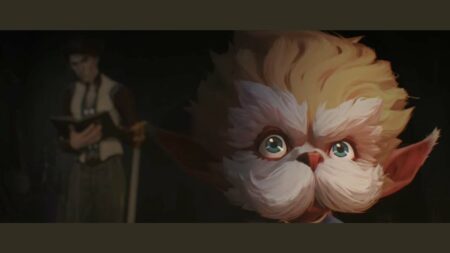 Riot Games first-ever animated series “Arcane” is a hit among League of Legends fans and Netflix viewers. It features many familiar champions from the MOBA title, and races from the fictional universe of Runeterra.

Following the changing relationship of sisters Jinx and Vi, Arcane is set against the backdrop of two similar yet very different cities, Piltover and Zaun. Within these walls, there’s also a diverse cast of characters and races of all kinds.

Vander, Jinx, and Vi open the Arcane series in Act 1 Episode 1 “Welcome to the Playground”, standing on a bridge full of bloodshed between Piltover and Zaun. In the next cut scene, Vi and her crew are seen invading Piltover, where humans are shown to be the predominant race.

In fact, the main characters — Jinx, Vi, Jayce, Viktor, and Caitlyn — are all human. For now.

After the heist and violent tussle with Silco’s boys, Vi, Jinx, Mylo, and Claggor return to the city of Zaun. Following in their footsteps, viewers get a glimpse of the underground city for the first time.

In contrast to the glistening city of Piltover, Zaun is dark, gritty, and messy, and full of interesting characters.

Outside the unnamed brothel, marked by neon lights and lurking men and women, we get a clear visual of Babette, whom we later learn in Act 2 Episode 5 is the woman-in-charge of the place.

Wearing thick blue eye shadow and a crown of flaming red hair, she’s the first Yordle we’re introduced to, a race with a distinct small statue and pointy ears.

Heimerdinger, a brilliant scientist, a well-known champion in League of Legends, Jayce’s mentor, and the founder of Piltover itself, is also a Yordle who appears in Act 1 Episode 2.

A race that takes the form of mammalian bipeds in the Runeterra universe, they’re mostly found in Bandle City, but have clearly made their mark in others.

Another popular League of Legends Yordle champion, Teemo, was also depicted in a book one of Silco’s men was flipping through in Act 2 Episode 6.

Literally sitting next to a bunch of Easter eggs, jungle mains in League of Legends are especially fond of this creature.

Shown on screen for only a few seconds, the grey monster with glowing blue eyes in the caged box sitting at a stall in Zaun is clearly a squealing baby Krug.

A jungle camp on Summoner’s Rift, they grant players experience points and gold when killed in-game. These camps will then respawn with new Krugs that give more experience and gold.

According to traditional Runeterra lore, Krugs are magical fusion of flora, fauna, and rock native to Valoran, a continent comprising Demacia, Noxus, and Freljord.

Among Golems, there are other subspecies that aren’t “natural”, but rather, mechanical. A prominent a robot in the series, Councilman Bolbok is introduced in Act 1 Episode 2. During the trial, he mentions that his race was nearly destroyed by Arcane magic, and was therefore opposed to Jayce manipulating the Hextech crystal.

Does this set the stage for Orianna, a robot champion from Piltover, to make an appearance in Arcane later on?

After the opening credits play, Act 2 Episode 4 opens with a celebratory Progress Day in Piltover. Accompanied by festival music, the camera cuts into various scenes showing children playing at the fair before focusing on councilwoman Mrs Kiramann, who is speaking to a small crowd that includes the Vastaya.

Officially described by Riot Games as “mystical, chimeric beings, neither mortal nor truly immortal”, it is a Runeterran race that descended from Vastayashai’rei, shapechangers who could manipulate the natural world.

As such, the Vastaya never look alike. A diverse race, they take on elements from humans and animals, with goat-like or bird-like heads, and more. Xayah and Rakan for example, were League of Legends’ first Vastaya couple to be released in-game.

He’s cute, he’s white, he’s fluffy, and full of energy. Anyone who sees a Poro instantly falls in love with a Poro.

Heimerdinger’s pet Poro is introduced in Act 2 Episode 4 when he enters Jacye’s and Viktor’s laboratory, and it provides nothing but comedic relief and pure joy to Netflix viewers.

Originally from the frigid region of Freljord, Poros are mysterious creatures that are now found all over Runeterra.

Braum, a support champion in League of Legends, is most commonly associated with these fluffy white snowballs, for they love him as much as he loves them.

Even though Viktor hasn’t gone full cyborg yet in Arcane Act 2, League of Legends fans know it’s only a matter of time before he defaults back to Zaun. Episode 4 already showcased the mechanical arm he’s destined to wield, and the Hexcore that will save his life.

Lead us in the evolution of technology, daddy. (And maybe Warwick too.)

Skarner, of the Brackern species, has been on the League of Legends roster for more than 10 years, but it wasn’t until Seraphine made her debut in October 2020 that more attention was given to the out-of-meta jungler.

Hatred for Seraphine from the community brewed, alongside new memes, and a heated controversy that Riot Games had to address.

Why? Because Seraphine’s original set of champion voice lines included this sentence: “I miss your kind too Skarner, wanna hear their song?”

Hextech crystals aren’t inanimate objects. According to League of Legends lore, the Brackern fused with these magical crystals that contain the living thoughts and memories of their ancestors. They are the life source, the very being of the Brackern themselves.

Seraphine is one of the rare individuals in Piltover who can hear the cries of the Brackern in these Hextech crystals. Yet, she continued to use them to power her Dance Dance Revolution platform, and even mocks Skarner in the process.

Due to the backlash from the League of Legends community, Riot Games eventually removed this voice line and changed Seraphine’s lore.

Let us all spend a moment in silence remembering the Brackern race every time we see an Arcane character manipulating a Hextech crystal.