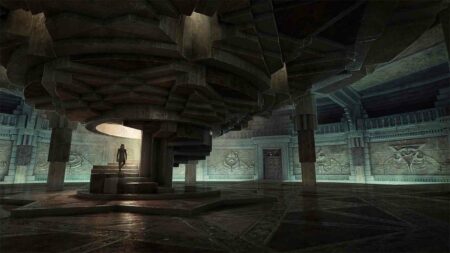 After six days of non-stop action, the MSI 2022 Group Stage concluded with eight of the 11 teams proceeding to the Rumble Stage.

Teams typically experiment more at the start of international competitions when stakes are lower, especially in best-of-ones where anything can happen. As such, champion diversity has been high.

Out of all the most-picked champions with more than 10 games, Viego was the most popular with 16 games played. But interestingly enough, he’s also right at the bottom when it comes to win rate.

Viego was the most-picked champion at MSI 2022 Group Stage, but his win rate was lackluster

According to Games of Legends’ statistics, Viego was picked in 16 games in the MSI 2022 group stage, but only five resulted in victory.

Teams seem to have found more success on other junglers like Graves (57.1%) and Wukong (64.3%), compared to Viego’s poor 31.3% win rate. After all, the Monkey King received big buffs in patch 12.7 that lowered the cooldown of Crushing Blow, increased Nimbus Strike’s base damage, and allowed him to go over walls with Warrior Trickster.

Viego did not receive any buffs or nerfs in Season 12, and even though he is still favored in pro play, teams have not found much success on him even during the regular season. Within the major regions, Lee Sin, Xin Zhao, Hecarim, Jarvan, and Volibear were the most-picked jungles, and Viego still holds the lowest win rate among them at 46%.

Compared to other junglers in the meta, the Ruined King is neither a strong farmer nor a great ganker. His clear speed is average (picks up after he gets attack speed items), and his only crowd control comes from Spectral Maw (W), but even then, Harrowed Path (E) makes his presence too obvious. He can potentially pop off during team fights, but even this is dependent on getting resets over corpses.

Despite the statistics, there is one pro player who consistently excels on him — Royal Never Give Up’s Yan “Wei” Yang-Wei. Viego is his most-played champion in Season 12, and he played him three times in the LPL playoffs alone, winning all of those games.

Still undefeated at MSI 2022, Wei pulled out Viego against PSG Talon and fastPay Wildcats in the group stage, and currently holds the highest KDA on this champion at 7.0.

As teams proceed to the Rumble Stage, it’s likely that they will pivot to Wukong, who could very well be the top contested jungle pick, especially since he has high impact in team fights. What’s more, as T1 showed, he can also be flexed to bot lane with fasting Senna — something that other junglers cannot do.