Terrors in the top lane will be dealt with. 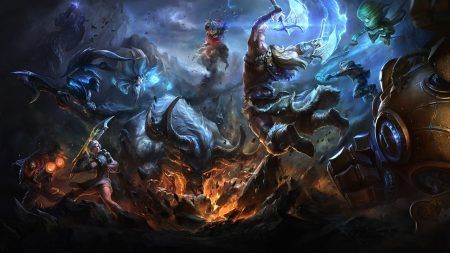 Updated at June 6, 13:57 p.m. (GMT+8): Matt “Riot Phroxzon” Leung-Harrison announced on Twitter that changes to Lethality items (except Umbral Glaive), Hextech Rocketbelt, and Lethal Tempo have been removed from patch 12.11.

He highlighted that this would be another massive patch, and that the team is trying to be “careful to not undo what we just did” after patch 12.10’s Durability Update, which uniformly adjusted champions across the board.

The game developer wanted to take time to evaluate the last patch before making individual changes. At this juncture, the team is aiming to “maintain item choice, champion feel and identity, and role balance,” Phroxzon wrote.

Overpowered champions in the top lane who benefited from patch 12.10, namely Lillia and Olaf, will be nerfed, while champions who are struggling with abysmal win rates, such as Ryze and Lee Sin, will be given some love.

These planned changes are still subject to change. The final patch 12.11 tweaks will only be confirmed when the update goes live next week. Read the full preview here.