The science behind the perfect esports jersey design

These jerseys are woven with passion in every stitch.

If you love supporting professional teams and players, chances are you might already own a few pieces of esports merchandise in your wardrobe. We’re talking about polyester-fitted esports jerseys, comfy hoodies, sleek caps, and even non-medical gaming masks that come very handy nowadays.

These apparel may all look very simple and clean, but did you know that it takes more than just slapping team logos and customized player names to create the best esports jersey? There is a whole science behind what goes into apparel design — from the garment’s print down to its very last thread, everything is calculated.

We spoke to Lance Chiu, Talon Esports‘ Chief Design Officer about what goes into designing an esports jersey. And you can be sure Chiu knows what it takes to design high performance athletic apparal, as he previously worked as Nike Asia Pacific’s Studio Design Director before joining Talon.

Every movement and every gesture of players are taken into consideration when designing an esports jersey.

“We consider how the player may sit, the way their arms glide across the desk, areas that might need to be cooler or have added comfort; and we design around those parameters to make sure we enhance the players’ game performance,” Chiu explained to ONE Esports.

These minor, ergonomic details are present in Talon Esports’ debut collection “Soar with Talon” which was released this Spring season. Their hoodies, for example, come with thumbholes for ease of movement when using a mouse.

Talon’s sleek pair of Kinematic Jogger Pants not only keeps players in style, but it also helps them endure longer gaming hours with its purposeful seams. “So it doesn’t rub on the leg in an uncomfortable way,” added Chiu.

Next time you see an unusual esports jersey or merchandise, you might want to think twice before judging its peculiar design!

Aside from providing the team with functional pieces, Chiu also makes sure that his merchandise designs convey the story of Talon Esports, a Hong Kong-based esports organization established back in 2017. The “Soar with Talon” collection presents the right design elements from the graphics, trims, to the colors used in each apparel. The collection not only reflects the journey of Talon’s players but the fans’ support and passion as well.

“Soar with Talon’s” designs include a mix of modern typography and street-savvy aesthetics all printed in solid, neutral colors branded with the striking red Talon Esports logo. The HUD elements and kinematic data were inspired by their own research on the science of bird flight, staying true to their season mantra. 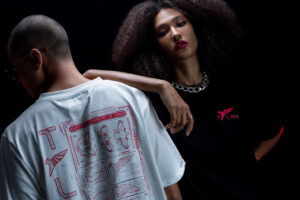 “Being that the ‘talon’ is a bird’s claw, it only felt right to focus on those elements to further the development of our brand equity,” explained Chiu. “I thought about our seasonal mantra, ‘Soar With Talon’, and the idea of focusing on the science of that physical journey as a great direction to go with. From there, I began looking into the science of flight and applying the lens of gaming to it.” 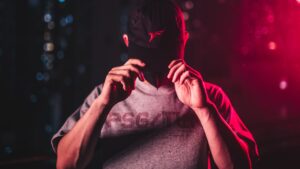 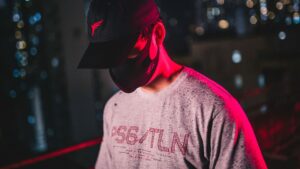 “We’ve added small elements that hark back to the league, such as our favorite souls, gaming controls, and, most importantly, our roots which are represented via location coordinates for our teams, country codes, and links to Paris,” said Chiu.

Chiu is also the guy behind the Nike League of Legends Pro League (LPL) 2020 – 2021 esports jerseys.

“I feel that these jerseys especially stood out amongst the pack due to the resources Nike has and the storytelling elements within each jersey,” he remarked. “I’m looking forward to bringing that same design mindset to the Talon esports jerseys in the future.”

This is not the end of Talon Esports’ kinematic tale. After all, Chiu is just getting started on laying down the foundations of their story told through style.

“As we evolve, I see us shifting the focus on the team umbrella into additional game and player-focused capsule collections and rotating amongst that,” he said.