The Beginner’s Guide to Dota 2: Getting started

The first installment of our Beginner’s Guide to Dota 2 will help you get acquainted with some of the basic concepts of the game. 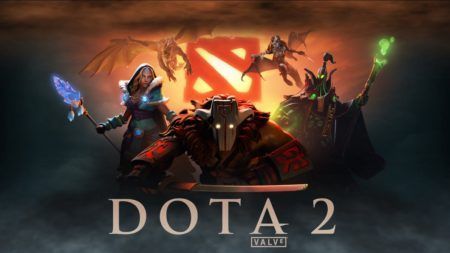 Dota is the undisputed granddaddy of all multiplayer online battle arena (MOBA) games, having started the genre itself as a mod for Warcraft III in the early 2000’s. The game has greatly evolved since then to become what is now Dota 2, though it remains far and away the most in-depth and complex of all the MOBAs.

It goes without saying that Dota has a very steep learning curve, no matter if you’re entirely new to the MOBA genre or trying it out after playing another MOBA. So, in this series of beginner’s guides to Dota 2, we’ll try and walk you through everything you need to know to start playing and enjoying the beautiful game that is Dota 2.

Let’s start by getting to know the basic concepts of the game:

Before we can really get into the basics of playing Dota, we first have to get you acquainted with the objective of the game.

The term ‘Dota’ stands for ‘Defense of the Ancients,’ and that’s precisely what the game is all about. There are two teams of five players each, with the Radiant occupying the southwestern half of the map and the Dire occupying the northwestern half. You and the four other players on your team are tasked with destroying the enemy’s Ancient, which is the central structure in their base, all while protecting your own.

There are three main avenues leading to each base, called the lanes, that are protected by a line of towers and continually spawning waves of NPC units called creeps. Both teams will essentially spend most of their time trying to take control of the lanes and the map to eventually push up to the enemy base.

You and the nine other players in the game are each given control of a hero — who all have their own unique set of attributes, abilities, strengths, and weaknesses — and must team up to get strong enough to besiege the enemy base and take down their Ancient.

The Ancients are the primary objective of the game, as whichever team destroys their enemy’s Ancient wins the game. While they can’t defend themselves, they are protected by two towers of the strongest tier, oh and an army of creeps and heroes too.

It should go without saying that taking down an Ancient is no easy feat. You and your team should be able coordinate an effective defense of your own Ancient as well as a plan of attack against that of the enemy if you want to win the game.

Every lane for each side is fortified with three tiers of towers that progressively get stronger the closer they are to a team’s base, as well as a set barracks, often shortened as ‘rax.’

Towers grant bonus armor to nearby heroes and can also detect nearby invisible units. The second tier of towers and onwards are invulnerable until the tower in the previous tier has been destroyed.

The barracks are buildings that, when destroyed, will make the opposing creeps in that lane stronger. There are two kinds of barracks, the melee and the ranged, corresponding to the first two types of lane creeps.

The Melee Barracks is more robust and is able to slowly regenerate its health, while the Ranged Barracks is easier to take down and has no health regeneration. Barracks are invulnerable until the tier three tower guarding them is destroyed.

Outposts are an auxiliary objective that grants whichever team owns it periodic experience boosts, vision and true sight over a huge area, as well as a destination point for Town Portal Scrolls.

Both sides start the game in control of their respective Outposts, though they can be captured by the opposing team. A team looking to capture the enemy’s Outpost must have destroyed at least one tier two tower before they are able to do so.

While the heroes fighting for both teams are the primary driving forces in the war of the Ancients, NPC units called ‘creeps’ form the armies of both sides and populate the map. More than just being a never-ending tide of units clashing in the lanes and besieging towers, creeps are also the primary source of gold and experience for heroes.

Let’s take a look at the creeps you’ll encounter in the game:

Lane Creeps are the first of two types of creeps in Dota 2. A group or wave of Lane Creeps spawns in each lane every 30 seconds that will advance through their lane and attack the opposing creep wave, tower, or hero.

There are three types of lane creeps: Melee, Ranged and Siege. Melee creeps spawn in larger numbers and have more health and less damage than ranged creeps. Ranged creeps have lower health, but deal more damage and are able to attack from a distance. Siege creeps, also affectionately referred to as catapults, spawn in every tenth wave and have a lot of health and, unlike other lane creeps, high magic resistance. They also have a ranged attack that deals significantly more damage against towers and buildings, which they prioritize attacking over other units.

Located in between the lanes are areas collectively referred to as the ‘Jungle.’ Occupying the vast expanse of the Dota 2 jungle are Neutral Creeps (sometimes referred to as Jungle Creeps), the second type of Creep in the game. Unlike Lane Creeps, Neutral Creeps are not aligned with either Radiant nor Dire and will attack any unit or hero that strays into their lairs.

There are four kinds of Neutral Creeps, with each spawning in their own specific spots in the jungle. These Neutral Creep camps are categorized into the Small, Medium, Large and Ancient creep camps. Neutral Creeps primarily provide another source of gold and experience aside from Lane Creeps and heroes, though they can also be controlled by heroes like Chen and Enchantress, or by the Helm of the Dominator item, to bolster their team’s forces.

Neutral Creep camps start spawning at 01:00, and then spawn on every minute thereafter if there are no units occupying the camp. Because of this interaction, you can ‘stack’ Neutral Creep camps by luring the creeps away from the area of the camp so that a new group spawns. This tactic is used to help carry heroes earn a lot of gold and experience quickly.

Neutral Items grant a variety of bonuses or abilities to whoever holds them, with the strength of each item increasing the higher its tier. Each tier can only be acquired during specific time periods in the game. Tier One Neutral Items only start dropping at the seven-minute mark, with the next three tiers dropping after every 10-minute interval. The last tier of items can only be acquired once the game reaches over an hour.

Roshan the Immortal is the most powerful neutral creep in Dota 2, located in a pit in the middle of the northeastern part of the river.

Roshan is not like the other neutral creeps that can be easily taken down with a few attacks. He outclasses any hero one-on-one in most situations, and it usually takes an entire team to bring him down. Any attempt to take on Roshan needs the correct timing and approach since he is one of the major deciding factors in the game.

Roshan gets stronger the longer the game goes on and respawns every time he is slain. When he is killed, he respawns after a random time between 8–11 minutes. Unlike with other neutral creeps, the respawn cannot be prevented by any means. Players also do not get any indicator for when exactly he respawns, though the spectators and casters can see a clock at his pit that shows the exact time left before he respawns, which is not until five minutes after he was slain.

A team who can successfully take down Roshan not only earns a sizable bounty of gold and experience, but also a variety of rewards. The first is the Aegis of the Immortal, which is dropped every time Roshan is slain. Whoever holds the Aegis will come back to life with full health and mana once they are killed, though Roshan will reclaim it once he respawns.

Upon Roshan’s second death and onwards, he also drops the Cheese, an item that, when consumed, instantly restores a large amount of health and mana. Upon Roshan’s third death, he also drops either the Refresher Shard, or Aghanim’s Blessing, both having an equal chance of appearing. On his fourth death and onwards, he drops both the Refresher Shard and Aghanim’s Blessing.

The Refresher Shard can be consumed to restore the cooldowns of all abilities and items of its user. Meanwhile, the Aghanim’s Blessing can be picked up to buff the abilities of whoever takes it similar to the effect of the Aghanim’s Scepter item.

Phases of the game

Most Dota 2 matches last between 30 to 40 minutes, though they can last to an hour or more if both teams are evenly matched. The game is divided into three phases; the early game, the midgame, and the late game. While each phase correspond to a specific period of time in the game, they also correspond to a team’s focus and objectives in the greater struggle for each other’s Ancients.

Let’s take a brief look at how each phase tends to go down:

The early game usually corresponds to the first 15 minutes of the game. This period of the game is also referred to as the ‘laning phase,’ as both teams will spend almost all of their time in the lanes trying to secure as much gold and experience as they can.

While some teams can start taking down towers during the early game if they have the right heroes for it, this phase will usually see both teams just trade the occasional kill as they gear up for the later portions of the game.

The midgame usually corresponds to the period between the 15 to 30-minute marks of the game. This phase is when the action picks up, as both teams should be strong enough to engage in fights and go for objectives, such as towers or Roshan.

Depending on the hero compositions for each team, the midgame could either see one team take the lead and get in position to besiege the other’s base or both teams get into a deadlock.

The late game usually corresponds to the 30-minute mark onwards. Objectives and resources get more valuable in this phase, while Lane Creeps and Roshan get stronger to help speed the game towards an inevitable end.

At this point in the game, both teams are strong enough that whoever wins a full five-on-five clash will usually end up winning the game. So teams will usually fish for pickoffs and posture around objectives like tier three towers or Roshan to get as much of an advantage as they can.

In the next installment of this beginner’s guide, we’ll be taking a deep dive into the many heroes in Dota 2 and the best ones to start with.