Once upon a time, you could play League of Legends champions in Dota 2

It’s Dota 2, but with League heroes. Ever imagined what a League of Legends and Dota 2 crossover would look like combined? It’ll probably be something like this.

The community mod, aptly called “Dota 2 but League Heroes,” reimagined 28 different LoL champions as their Dota counterparts. You’ve got Meepo as Teemo, Naga Siren as Nami, Annie as Lina, and many more.

Popular LoL streamer Buba “RossBoomSocks” Corelli, gave the mod a go in one of his streams.

“All these characters (Annie, Veigar, Teemo, Nami, Tristana) look bizarrely better than they look in League,” exclaimed RossBoomSocks upon starting a Dota game using the mod.

He also noticed that the height ratio of the LoL heroes did not really sit well with the towers and buildings of the game. Annie doesn’t meet the height requirement for the animated portrait of Dota, as seen in the screenshots below.

This Dota 2 mod, which is called “Dota 2 but League Heroes,” once let players control League of Legends champions close to how their abilities would originally play.

However, they had to use Dota items and work their way through the radiant and dire sides of the map. A LoL player, RossBoomSocks described Blink Dagger as “basically a massive Flash (spell).” He also played with Dota items like using the Refresher Orb to summon two tanky Tibbers. 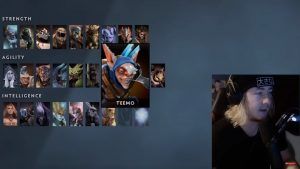 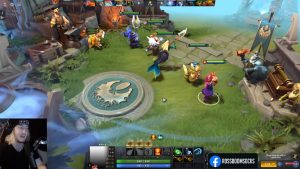 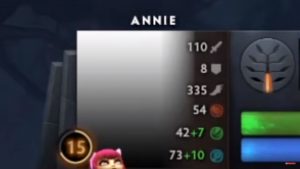 He also observed that using target abilities in Dota 2 is far more difficult compared to League.

Towards the end of the video, RossBoomSocks revealed that mods like these made him feel sad. He thought of the potential of League of Legends if only it had the creative freedom that Dota 2 players have with their custom lobbies and arcade modes like the one featured in his video.

While this Dota 2 mod is no longer available on Steam Workshop, you can still watch RossBoomSocks trying out the amazing modification below: