The 5 best Dota 2 heroes for beginners 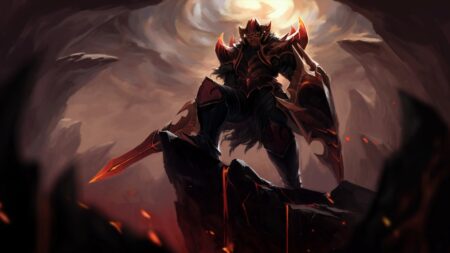 Dota 2 traces its origins back to a nondescript custom map in the Warcraft III engine, but has since blossomed into a competitive esport touted for its incredible balance across its diverse roster—123 heroes and counting.

But that doesn’t matter for a beginner who’s never played a game of Dota 2. It’s a daunting task for even players who have poured in hundreds of hours to know every hero, skill, and item, let alone for people looking to play their first game.

If you’re just starting out on your journey, here are the five best Dota 2 heroes for beginners.

How many heroes can contribute to the game even from the fountain?

For beginners, it can be difficult to see your impact on the game. Kills, deaths, and assists are nice counting stats, but it’s unlikely for any newbie to rack them up. It’s better to find other ways to leave your mark on the game—and Crystal Maiden can do so just by existing.

Her most iconic skill is Arcane Aura, a global aura that regenerates mana for your whole team. Many heroes are limited by their mana, whether it is to increase their farming speed or to keep them topped off for skirmishes. It’s even been buffed in recent patches, giving nearby allies more mana whenever she casts a spell.

While she’s memed for her slow movement speed, she’s actually a rather capable hero, especially in lane. Few characters in Dota 2 gain access to two point-and-click disables at level two—Crystal Nova and Frostbite—which are valuable setup tools for any bloodthirsty lane partner. Later on, foes might ignore her channeling ultimate, Freezing Field, at their own peril, since it can deal immense damage if left unchecked.

Despite being an intelligence hero, Ogre Magi is one of the bulkiest heroes in the game. In lane, you can be fearless, tossing out your spells and trading whenever.

Bloodlust is one of the best buffing skills in the game. No matter how you are doing, you can satiate your core by increasing their movement and attack speed, especially good for right-click cores that are limited by mobility.

And unlike many other supports, Ogre Magi has a straightforward ultimate named Multicast. It’s a simple amplification to your spell usage, allowing him to cast his abilities and items multiple times with one click. This allows the hero to scale late into the game, and there are few highs as intoxicating as slamming four Fireblasts on an unfortunate enemy.

With such simple, yet powerful spells in your arsenal, Ogre Magi is a good pick up for any newbie.

When not moonlighting as the protagonist of DOTA: Dragon’s Blood, Davion the Dragon Knight is one of the game’s most reliable and straightforward heroes.

Having a nuke, stun, and natural tankiness makes for a complete package for the initiator hero, who likes to brawl and take fights around his ultimate, Elder Dragon Form. It transforms him into a dragon, turning him into a ranged hero with some additional benefits, including a longer range on his stun and the ability to take down towers.

Breathe Fire is a high damage spell that’s good for killing creeps and heroes alike, while Dragon’s Tail is a long duration, short range stun that is boosted whenever he goes into Elder Dragon Form. Dragon’s Blood gives him a ton of armor and regeneration, both essential stats for him to stay tanky throughout the game.

If you’re looking to play a position that focuses more on accruing gold and items, Wraith King can be a good introduction to the hard carry role.

There aren’t many second chances in Dota 2, but his inbuilt Reincarnation allows Wraith King to come back to life after one death. The rest of his kit is similarly simple, but packs a punch once he picks up some damage items.

His first skill, Wraithfire Blast, is a point-and-click stun that lets you wail on enemies. Vampiric Spirit grants lifesteal, and also summons little skeletons that run free and hit things on their own instead of being needed to micromanage. Mortal Strike is a guaranteed critical hit whenever it comes off cooldown instead of being RNG-based, allowing you to time your strongest attacks when desired.

As a Wraith King, your job will mainly be to use Wraithfire Blast to disable someone before right-clicking them to death. Simple enough.

If a ranged hero is more your speed, Sniper is a carry hero that outranges practically everybody in the game.

Sniper has the longest range in Dota 2 thanks to Take Aim. This passively boosts his attack range and also has an active to allow him to activate Headshot every hit—a skill that briefly slows and knocks his enemies away from him.

Shrapnel is a spell that lets you see enemies in an area, as well as slowing them down and dealing damage. Even if enemies get too far away from you, Assassinate can be fired from multiple screens away to finish off your fleeing targets.

Be warned, however, that the hero can be easily jumped on. Once your enemy finds their way to you, it can be difficult to reposition yourself in a way that lets you safely plink away once more. That’s when a bevy of repositioning items and skills, like the hero’s Aghanim’s Shard and Hurricane Pike, will be useful—practice with them in your own time.

This isn’t a be-all-end-all list of starting heroes in Dota 2. Some people might find themselves more suited to a certain playstyle, or get befuddled by a simple hero when they can click buttons at the speed of light. This is just a starting point, and everybody will need some time to figure out the heroes they like best.

Most importantly, have fun! If these heroes aren’t doing it for you, even if you play well on them, there are many more options available in the pool. Don’t be daunted by seemingly-complicated heroes—they might just click with you in ways you never expected.

READ MORE: What is the Dota Pro Circuit?