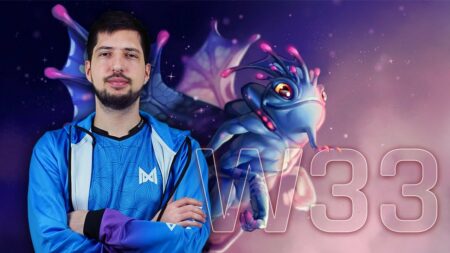 European esports organization Team Nigma has moved Aliwi “w33” Omar to their inactive roster. He will be their sixth player for the time being.

Team Nigma was one of the highly touted squads from Europe coming into the Singapore Major. They qualified to the Major after finishing third in the DPC Europe upper division with a 10-8 game record.

But after their last-place finish at the ONE Esports Singapore Major, Team Nigma has decided to make its first-ever official roster change. They had the worst performance in the Wild Card after they finished with a 1-9 game record.

Team Nigma was also forced to have their coach Roman “rmN-” Paley stand-in after Ivan “MinD_ContRoL” Ivanov tested positive for COVID-19 days before the team competed in the Major. During the Wild Card, Nigma players switched roles after each game, which showed they were not ready to play without MinD_ContRoL.

As the former members of Team Liquid who won TI7, Kuro “KuroKy” Takhasomi and the rest of the squad decided to form their own organization after finishing second at TI9.

Team Nigma will compete in the upcoming DreamLeague Season 15 DPC Europe upper division from April 13 to May 23.