We wish MinD_ContRoL a speedy recovery. 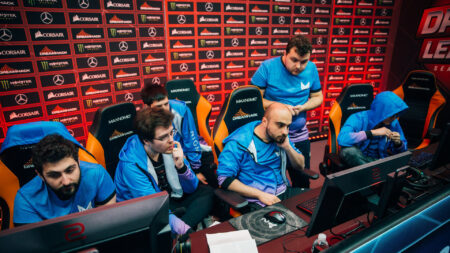 European organization Team Nigma has announced that their offlane player, Ivan “MinD_ContRoL” Ivanov, will not be participating in the ONE Esports Singapore Major due to testing positive for COVID19. The team’s coach, Roman “rmN-” Paley, will be playing in his stead.

Team Nigma qualified to the wild card of the Singapore Major after finishing third in the DPC Europe upper division. The team then prepared for the Major by having a bootcamp in Jordan. However, MinD_ContRoL was already feeling unwell at the time, so he was unable to join the team’s training sessions.

Team Nigma will be competing against Team Liquid, AS Monaco Gambit, Vici Gaming, PSG.LGD and T1 in the wild card, which is set to take place on March 27. Interested fans can take a look at our ONE Esports Singapore Major wild card schedule.