Hunt the eight Dragons and claim your just rewards

“You imagine your enemies are animals — this is a mistake.” 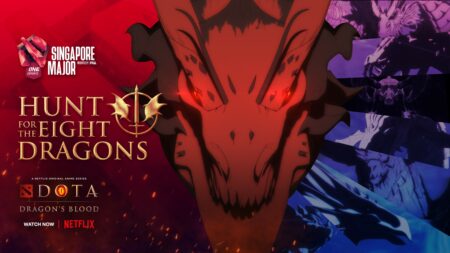 In partnership with Netflix and the launch of DOTA: Dragon’s Blood, ONE Esports is proud to announce The Hunt for the Eight Dragons – an online scavenger hunt for the ONE Esports Singapore Major.

For the duration of the ONE Esports Singapore Major, the eight dragons will be terrorizing different parts of the Internet. All Dragon Knights (over the age of 18) are called upon to assist in hunting them down, with fame, fortune, and prizes for the fastest Dragon Knights!

Need a clue to start you on your quest? Each day, during the Singapore Major tune into the broadcast. During the halftime show, look out for the clue pointing to where that Dragon could be hiding.

Once you’ve found the Dragon, let us know by tagging @oneesports in the “Comments” section of the relevant post. The fastest three Dragon Knights for each hunt will win a Netflix subscription.

After all eight Dragons have been found, the first prize winners of the Hunt will be announced during the Singapore Major Grand Final halftime show. A list of the full winners (including 2nd and 3rd prize winners) will be released on ONE Esports.