We might see Matumbaman face off against his previous squad, Team Liquid, at TI9. 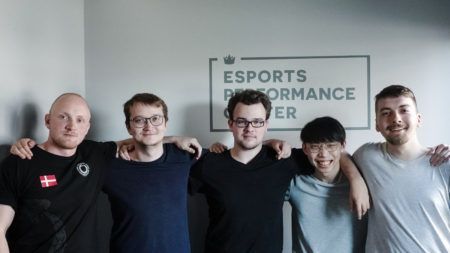 Chaos Esports Club has secured themselves a slot to the International 9, through the European regional qualifiers.

Chaos dominated Swedish-stack, The Final Tribe (TFT), during the grand finals with a 3-0 end result. They now join Mineski, Na’Vi, and Infamous, who won their own regional qualifiers, at TI9.

Chaos’ Rasmus “Misery” Filipsen helped his squad win the first match with some clutch Nightmares on his Bane.

On the next game, Chaos decided to draft a middle-lane Dazzle for Lasse “Matumbaman” Urpalainen. Chaos dominated all three lanes, which resulted in a quick, 2 – 0 lead.

Chaos had gained so much momentum from the previous two games, that their 3-0 victory felt inevitable. TFT couldn’t repel the Radiant heroes inside their base, and on the 42-minute mark, they decided to call good game.

After being sent to the lower bracket by TFT during the playoff stage of the qualifier, Chaos regrouped and put together the best performance of the regional qualifiers, by going on a seven-game win streak.

It is also important to note, too, that Chaos made some major roster changes before going into the International 9’s European regional qualifiers.

After picking up Lasse “Matumbaman” Urpalainen from Team Liquid, they decided to release William “hfn” Medeiros and Nico “Gunnar” Lopez. Lastly, they added Cheng Jai “vtFaded” Hao, and put him as their position one carry, and then placed Matumbaman as their middle-laner.

Chaos E.C.’s TI9-bound lineup will consist of the following players: