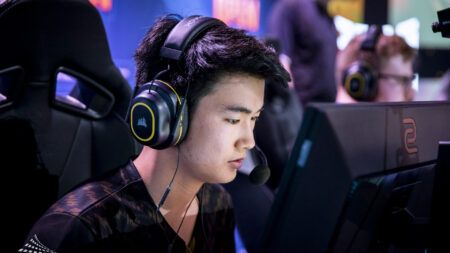 The news comes after initial reports that the former CS:GO pros were making the switch to Riot’s fast-rising FPS esport.

NRG Esports co-CEOs Hector “H3CZ” Rodriguez and Andy Miller made the announcement in an introduction video with Daps, Chet, and the organization’s most popular Valorant streamer, Brandon “Aceu” Winn.

Chet mentioned that his decision to move to Valorant was made much easier since he has worked with Daps in the past under NRG’s CS:GO roster, and that he believes his success from coaching teams like Counter Logic Gaming, OpTic, Gaming, NRG, and Evil Geniuses in CS:GO will transition well in competitive Valorant.

The panel that was hosted by NRG’s two CEOs also discussed how the Valorant scene grew by seeing all of the best players from different esports backgrounds come together and compete to see which game transitioned the best for Valorant. And this caught Aceu’s attention, who was a professional Apex Legends player at the time.

NRG’s in-game leader Daps then explained that making the switch to Valorant was a culmination of perfect circumstances. After spending 15 years playing professional CS:GO, Daps felt that he needed to do something new. And because of his time as a player under the NRG CS:GO roster with coach Chet, he believes the trust between him and the organization is still there.

A few days later, s0m made the announcement that he’s decided to retire from CS:GO and has signed NRG’s Valorant roster. He will also be playing the duelist role for the team.