The tournament starts on December 9. 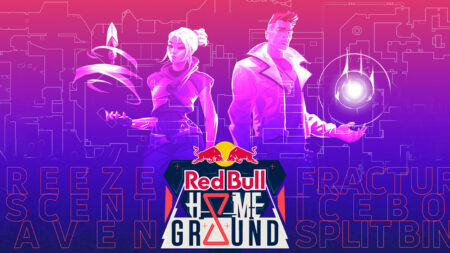 And for the first time ever, Red Bull Home Ground will feature teams from outside of Europe. The tournament will host Cloud9, 100 Thieves, and KRÜ Esports — three partnered teams from the Americas region.

What is Red Bull Home Ground 3?

The event is a Valorant professional tournament that will be held at Victoria Warehouse in Manchester, England.

Five EMEA teams and three Americas squads will battle it out for US$100,000 in prize money.

The four-day event is split between two phases.

The eight teams were split into two groups, and the top three teams from each group will advance to the playoffs. The teams that finish last in their respective groups will be eliminated.

The six teams that advance to the playoffs will continue in a single-elimination bracket.

All matches will be best-of-three series, except for the grand final, which is a best-of-five.

The tournament will be broadcast live on Red Bull’s official Twitch and YouTube channels.