Is Jonas fraternizing with the enemy? 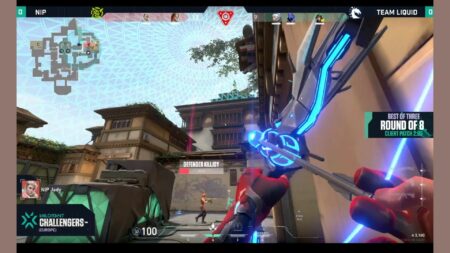 However, they almost didn’t make it after Ninjas in Pyjamas’ Sova player, Jady, pulled out some trickshots on Haven that caught Liquid by surprise. Who taught Jady those trickshots? None other than Team Liquid’s own streamer, and devout Sova specialist, Average Jonas.

As Jonas had taught Jady the lineup, he was teased on stream for nearly costing Liquid the series, and their slot to the Stage 2 Main Event.

“Why did you have to do that @Jadyleet now everyone is angry at me,” tweeted Jonas, as fans and his fellow Valorant EU casters joked about how he betrayed his own team.

NiP and Team Liquid even got in on the pepega meme action and “pepe-gized” their Twitter profile photos during the match.

Catch the main event with Liquid and the rest of the Valorant EU qualified teams this weekend on Twitch.