Mitchman on Valorant Patch 2.07: ‘Welcome to the post plant meta’

Chale! You are ready for this situation, right my friends? 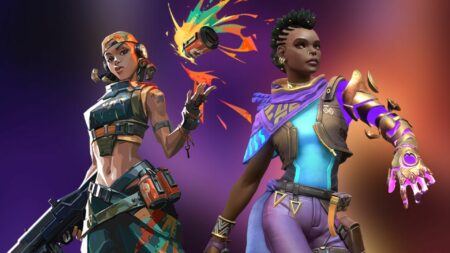 Fresh off of the heels of Patch 2.06, Valorant has released another update to the game, with a crucial tweak to its latest agent Astra.

Astra’s Gravity Well, a skill that pulls players towards its center, can now pull players away from defusing the Spike, interrupting the defuse. The notes on the website state, “We think this update can create some interesting interactions post-plant where enemies try to bait out the Gravity Well and play around its cooldown.”

Commentator and analyst for Alliance’s Valorant team, MitchMan, isn’t a fan of the buff, however. He exchanged a few tweets with Heretics’ Rubino on how we’ve entered a meta with dedicated utility to prevent spike plants or retakes. A good rotation of skills like Killjoy’s Nanoswarm, Viper’s Snake Bite, Sova’s Shock Darts, Brimstone’s Molly, with only a 12-second cooldown on Astra’s Gravity Well could make spike plants almost impossible.

Raze also gets a few tweaks. An audio cue has been added to when she’s boosted up in the air from her Blast Pack, much like Jett’s Updraft or Tailwind, making a flying Raze to face less surprising (although no less terrifying). Dust and debris from her explosions will also clear up faster, as they tend to unintentionally obscure sight.

A bug involving Marshal shots not killing enemies that had taken 50 decay from Viper’s newly buffed skills was also fixed. There are also some tweaks to other agents, fixed issues for observers, and a few competitive and social updates.

Check out the full patch notes on the website.

READ MORE: Acend’s Koldamenta: ‘Before the last game I rapped about how we were going to destroy them’