“It is out of our hands at this point.” 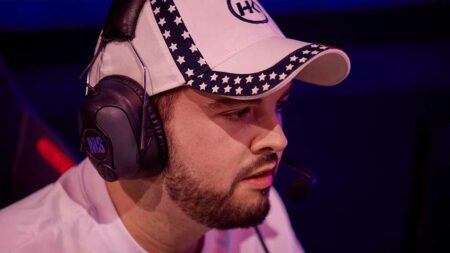 After failing to qualify for the VCT NA Stage 1 Challengers playoffs, 100 Thieves are out of action until Stage 2 kicks off in May.

Spencer “Hiko Martin has now taken it upon himself to clear the air around the 100 Thieves Valorant roster, going into detail about the team’s struggles and the thought process behind certain decisions.

100 Thieves had a rough start to the VCT NA Stage 1 Challengers Group Stage. They lost their opening match to Cloud9 and then suffered a 0-13 defeat at the hands of The Guard the following week.

The organization then abruptly released Adam “ec1s” Eccles and Hunter “BabyJ” Schline in a shock move, replacing them with Sean “bang” Bezerra and Noah “jcStani” Smith.

Unfortunately, the roster change was unable to turn the tide for the team, and 100 Thieves failed to find the wins they needed to qualify for the playoffs.

All the things that went wrong with the 100 Thieves Valorant roster, according to Hiko

Why did 100 Thieves keep picking Split during the Group Stage?

This was one of the biggest questions surrounding 100 Thieves’ map picks.

100T consistently struggled on Split and lost all four games on the map during the VCT NA Stage 1 Group Stage. The team often banned Bind, which meant they had to choose between Split and Icebox as the final map in their matches.

As it turns out, they chose to play on Split because they viewed it as the lesser of two evils. The roster performed worse on Icebox during their scrims, according to Hiko, which was why they wanted to avoid it.

What does the team need to work on in order to improve?

The newly-formed roster had a hard time making mid-game adjustments, said Hiko. In addition, the players also had some issues with their individual gameplay that were not resolved.

“[The team made mistakes like] over peeking, not being on the same page, communication, and just fundamentals of the game,” he said. “All things that you expect from a new roster. Our chemistry could also develop a bit more.”

Hiko also added that 100 Thieves’ roster is still struggling with their agent composition. While most of the players on the roster can fit into any role, the team still needs Peter “Asuna” Mazuryk to play Jett to create space for the team.

Unfortunately, this creates a conflict between letting Asuna play aggressively and having him take on a more passive Operator role. The team stands to benefit from his aggressive rifling, but this leaves 100 Thieves with no designated Operator player, which is absolutely crucial to the game.

What happened to the team during the offseason?

The team’s struggles started during the offseason after Valorant Champions 2021. The departure of Nicholas “nitr0” Cannella and Joshua “steel” Nissan had the organization scrambling to sign top-caliber players to replace them.

“We had some players we were looking to get,” he explained. “They sounded like they were committing to us, but then they backed out in a wishy-washy kind of way. We ended up with a roster we didn’t expect to have [at the start of the VCT 2022 season]”.

In fact, 100 Thieves had at one point considered adding Matthew “Cryocells” Panganiban and Alexander “Zander” Dituri to the roster. The organization, however, also had its eye on a different duo that Hiko refused to name. This caused a delay, by which time Cryocells and Zander had already signed with XSET and Version1 respectively.

“It’s [unfortunate] to just call Masters 1 a wash because we made a mid-term roster change,” Hiko shared. “At the end of the day, we set ourselves up for success for the future.”

What’s next for the 100 Thieves Valorant roster?

According to Hiko, the future of the team is uncertain. “I don’t think anyone knows what 100 Thieves will decide [to do next],” he said, referring to the organization’s management. “It is out of our hands at this point.”

Hiko also shot down the idea of teaming up with Jay “Sinatraa” Won, saying that they had no interest in signing the former Sentinels player.

100 Thieves will get a chance to redeem themselves in the upcoming VCT NA Stage 2 Challengers open qualifiers in May.