Get ready to FIGHT! The world’s greatest Tekken players are coming together in Tokyo, Japan for an incredible weekend of esports.

The ONE Esports FIGHT! Tokyo Invitational will witness eight of the best fighters worldwide go head-to-head for a piece of the US$20,000 prize pool.

Here’s everything you need to know about the ONE Esports FIGHT! Tokyo Invitational, including its schedule, format, prize pool, invited players, and where you can watch.

What is the ONE Esports FIGHT! Tokyo Invitational? 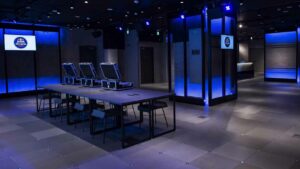 The ONE Esports FIGHT! Tokyo Invitational is a Tekken tournament taking place from October 24 until November 20. The final two stages — the playoffs and the main event — will be held offline at the Red Bull Gaming Sphere in Tokyo, Japan.

Format and schedule of the tournament

The five online qualifiers took place from October 24 to November 9. They featured a single elimination bracket with best-of-three matches and a best-of-five final.

The offline portion of the tournament features a double-elimination bracket with best-of-five matches. Players in the lower bracket need to win two matches in the grand final.

The playoffs begin on November 19 and consist of the top eight players from the five qualifiers. The winner of the playoffs advances to the main event on November 20.

The main event features a bracket made up of seven invited celebrity players and the playoff winner.

Players will be competing for a share of the US$20,000 prize pool. Here is the list of the invited celebrity players:

Where to watch ONE Esports FIGHT! Tokyo Invitational?

Fans can catch the action live on ONE Esports’ official channels down below:

READ MORE: I’m a Lucky Chloe one-trick, but I still had the guts to fight at REV Major 2022