Did Tekken 7 patch 5.01 accidentally give birth to death combos?

Not safe from wall setups. 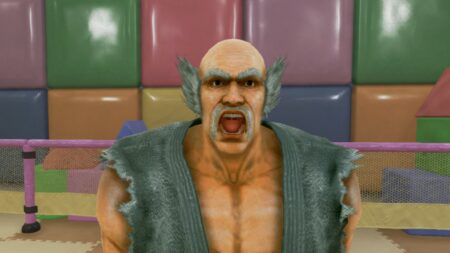 One of the things that makes Tekken 7 stand out from other fighting games is its flexible combo system that allows players to be creative and adapt to various situations.

Unlike other fighting game titles, it does not revolve around infinites or death combos that would make the game less enjoyable, especially for the receiving party. And even if such combos exist in the game, they are very rare, situational, and very difficult to execute.

However, the recent patch 5.01 was released to fix issues regarding wall tech setups, resulting in combos so massive that some players consider them unfair.

Changes were made to the game’s entire wall mechanic, and setups are now more difficult for the likes of Xiaoyu and Akuma. But wall stuns may now be converted into death combos, which is highly uncommon in Tekken 7.

Combo creator 538 of Team KYSG recently tweeted a video showing what appeared to be death combos performed by characters such as Nina, Hwoarang, Yoshimitsu, Ganryu, and Steve at Kinder Gym.

“Ground Combo (Tool-Assisted) that utilizes a special back wall hit weak,” said 538. “It’s a very phony connection, but at this stage there is no way to avoid it, and it’s not the kind that deceives the combo display. Hopefully, it won’t be considered controversial and subject to adjustment.”

The video showcases combos that take advantage of the plus frames caused by repeated wall stuns. The fact that it was shown on multiple characters could mean it’s a universal combo that can be executed by any character. The combo damage ranges from 186 to a whopping 234, more than the actual life bar, which is somewhere around 180.

Tekken personality and commentator Reepal “Rip” Parbhoo also weighed in on the newly discovered combo. “Not easy to replicate and situational, but inescapable if done correctly,” he said on Twitter. “I still can’t believe 5.01 made a universal system change so late in the game’s life.”

While the combos are highly situational and difficult, the fact of their existence still bothers some players and makes them question the reasoning behind these changes.

Whether these death combos have always existed, or were enabled by the latest patch is still unclear. But given that they were only recently discovered post-patch, players have been quick to blame the update.

Does this mean we will get another patch soon?

READ MORE: How to win with Fahkumram in a patch 5.0 post-nerf era