The NBA 2K21 demo drops today. Here’s what to expect. 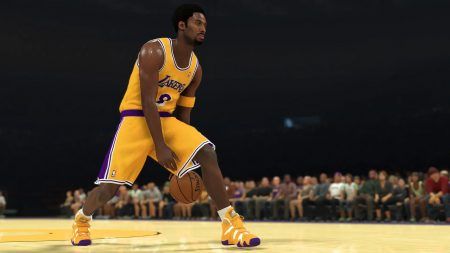 August 24 is a big day for basketball fans around the world. For one, it has officially been declared as “Kobe Bryant Day” by local officials of the late basketball legend’s hometown Orange County. This is because the date, written numerically, is 8/24 — the two jersey numbers Kobe wore throughout his storied NBA career.

For avid fans of the sport in the virtual realm, here’s a great way to celebrate. The demo for NBA 2K21 Current Gen is launching today (10 p.m. GMT+8), revealing the latest gameplay improvements that the newest iteration of the flagship basketball video game will bring.

NBA 2K21 expands the use of the Pro Stick. Instead of being limited to triggering jump shots when you hold it in any direction, the Pro Stick now also does the following:

If you use the Pro Stick to shoot, the shot meter turns from a basic timing bar into a targeting system. This allows you to practice your aim better, elevating your skill from focusing on just your timing. The aiming function works with layups too, giving you greater control over your touch around the rim.

Expect to see more familiar moves from your favorite NBA superstars with signature size-ups from James Harden, Kevin Durant’s patented hesi cross, and more. With 14 Park and 36 NBA size-up animations at your disposal, you can play mind games with your defenders before destroying them with your ankle-breaker of choice.

NBA 2K21 builds on the badge system redesign that started in 2K20, which allowed players to swap badges as they upgrade. One of the big changes for the new release, answering the call of many 2K20 players, is the removal of the Quick Draw badge. You can now tweak your release speed in the Jump Shot Creator instead.

A bigger and better MyTeam experience

NBA 2K21’s MyTeam mode promises a more engaging experience that cuts across both the Current Gen and Next Gen releases of the game.

This means you can start playing MyTeam as soon as NBA 2K21 releases on the Playstation 4 or Xbox One and continue where you left off as soon as you upgrade to the Playstation 5 or Xbox Series X consoles. You can even revisit the Current Gen version of the game and still enjoy the rewards of any progress you made on Next Gen. The My Team Carryover only works between consoles of the same family (PS4 to PS5 and Xbox One to Xbox Series X) though.

Here are other ways you can maximize your personal Dream Team on NBA 2K21’s MyTeam mode:

There are plenty more in store for you in NBA 2K21’s massively expanded MyTeam mode and you can read all about them here.