The walkie Grass is back! 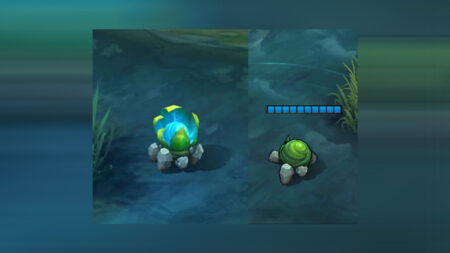 One small change a particular jungle creep speaks volumes on how the jungle role will be played moving forward for both ranked and competitive play. This creep is none other than the Lithowanderer.

Before the patch, Lithowanderer roamed the side rivers, and once secured, it only gave heroes a movement boost in the river. It definitely helped junglers looking to gank in the early game to assert pressure in all lanes.

In 1.5.62, Moonton backtracked on the change, restored Lithowanderer’s supporting capabilities again. Whenever you kill the Lithowanderer, a walkie grass follows you and regenerates ally heroes’ mana by 1% every second, while a 15% speed boost will be applied to the killer for 45 seconds.

On top of that, Moonton added a new creep called Stone Roamer, which will appear once you kill the Lithowanderer. The new creep patrols the river around the mid lane and exposes the location of enemy heroes. Enemies will be able to attack and kill the Stone Roamer with basic attacks.

What does this mean moving forward? We can expect a lot of skirmishes in the early game, as securing the early Lithowanderer gives you a greater advantage compared to last patch.

Mage heroes who have good poke might also contest the creep since it gives mana regeneration, which can spell victory in the laning phase. The addition of the Stone Roamer makes the early game so much better as it gives vision and reduces the chances of you getting ganked once you secure the buff.

In short, expect more exciting and action-packed river battles in your games and the MPL, especially in the first three minutes.

READ MORE: Execration’s Kielvj: ‘I want to prove to Aura PH that they made a mistake’