Execration’s Kielvj: ‘I want to prove to Aura PH that they made a mistake’

The King speaks up on his former team. 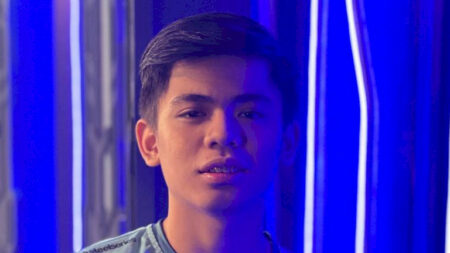 Mobile Legends: Bang Bang Professional League PH will start this Friday, and fans can’t wait to see their favorite teams compete with revamped rosters. One team that made a huge change during the offseason was Execration, who acquired Aura Philippines’ Kielvj and Renzio.

Kielvj and Renzio were key players in Aura PH’s back-to-back title run way back in seasons four and five, becoming the first in the region to do so. However, they were met with a roadblock after succumbing to rivals ONIC Philippines in the first round the following season.

Aura PH was met with a tough decision but ultimately decided to release both players to try to rebuild the team from the ground up.

In the third episode of Bootcamp Raid, MPL PH caster Manjean asked him how he handled the news that he will be released by the back-to-back champions.

“I became super motivated,” Kielvj said. “I want to prove them (Aura PH) that they made a mistake,” .

Kielvj also mentioned that he is “101% confident” in the current lineup of the Z4pnu-led squad, who is eyeing to get their first title after close calls in previous seasons.

“For kuya Renz (Renzio) and I, we will become three-time MPL champions, we want to become the first in the Philippines to do so,” he added.

READ MORE: Blacklist International’s Wise: ‘If you compete against us unprepared, you are doomed’