After 7 seasons, RRQ Lemon takes a break from competitive MLBB 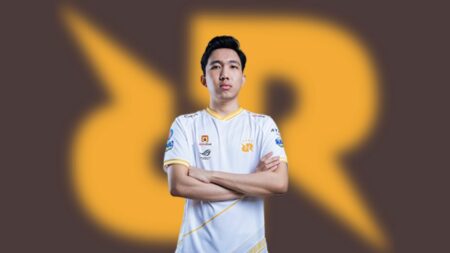 The roster of RRQ Hoshi for Mobile Legends: Bang Bang Professional League Indonesia Season 8 (MPL ID S8) has been unveiled, and one key player will not be included in this season’s lineup.

M. “Lemon” Ikhsan will take a break from the competitive scene and will hang up his RRQ Lemon tag temporarily, the organization announced.

Initially, RRQ CEO Andrian Pauline said there would be nine players in total for Season 8, with Lemon reportedly being the ninth player. In the latest video announcement of RRQ Hoshi on their YouTube channel, it was revealed that RRQ Lemon decided not to compete this season.

“You guys go on without me. I want to take a break,” RRQ Lemon said in the video.

Lemon has been with the organization ever since Indonesia’s inaugural MPL season. He has been an integral part of RRQ Hoshi’s championship run in MPL ID Season 2, Season 5, and Season 6.

In Season 7, he played once in the playoffs. Unfortunately, the team lost to Genflix Aerowolf and stopped RRQ Hoshi from securing the first-ever three-peat in the tournament.