Alter Ego is back. 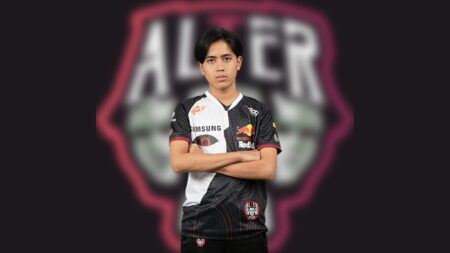 According to BTR Age, Alter Ego’s superstar Eldin Rahadian “Celiboy” Putra and his squad have been phenomenal in the offseason.

Celiboy steps up for Alter Ego

During a Planet Esports livestream, BTR Age revealed that Alter Ego, particularly Celiboy, has been performing exceptionally well in scrimmages.

Age also commended former ONIC Esports’ Rasy “Rasy” Arga, who was recently picked up by Alter Ego. He praised him for his communication skills and gelling well with the team.

“Maybe he can help Celiboy become really good,” he added. “I don’t want to vilify players from other teams, but the best jungler in scrims right now is Celiboy.”-

The black and red squad were once feared in the league after almost winning MPL PH Season 6 against RRQ Hoshi. They also proved their strength on the international stage after winning the ONE Esports MPL Invitational.

Unfortunately, the team didn’t go far in Season 7 after they lost in the playoffs against Bigetron Alpha.

The team has since acquired Rasy from ONIC Esports, solidifying the lineup with a veteran addition.