“True nobility is being superior to your former self.” 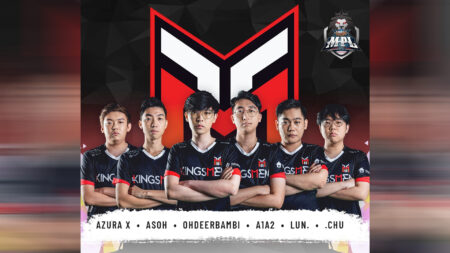 The regular season of the inaugural MPL Singapore Season 1 has concluded with Kingsmen and MPL MY/SG Season 6 runner-ups EVOS SG tied in the number one spot.

Led by former EVOS SG pro player Robert “OhDeerBambi” Boon, newcomers Kingsmen finished the season 6-1 with a total of 5 points, and hold the exact same record as EVOS SG. When these two teams clashed in Week 2 however, it was Kingsmen who came out on top.

As the newest Mobile Legends: Bang Bang professional league, the competition in MPL SG has been tight. Many new teams now have more opportunities to grow and compete at a higher level.

Typically, Season 1 is seen as a trial season, since many teams are testing out new rosters and strategies.

Played in a single round robin format, each team only met each other once in the regular season. All eight teams will be progressing to the playoffs, where the top four teams will advance to the upper bracket, while the bottom four will be placed in the lower bracket.

Joining Kingsmen and EVOS SG in the upper bracket are Notorious Villains and Almghty in third and fourth place.

RSG SG finished fifth, with a 3-4 record, and will be seeded in the lower bracket along with Impunity Esports, Explorer, and Forsaken.

The MPL SG playoffs will take place from May 7 to 9.