How to play against Diggie in your MLBB games

There are always solutions. 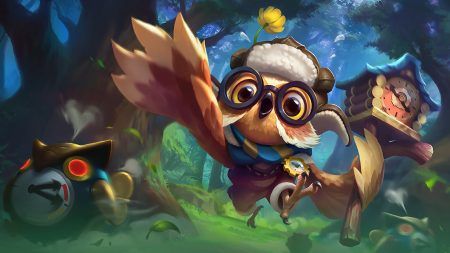 Since appearing several times in the M2 World Championship, Diggie has become a dominant force in both the support and tank role.

Diggie’s rise to fame is mainly due to the resurgence of crowd control heavy heroes such as Silvanna and Jawhead in the current meta. He is an effective hero at countering these kinds of lineups, as he can remove any crowd control dealt to nearby allies thanks to his ultimate, Time Journey.

With that said, how do you deal with such an annoying hero? MPL ID analyst Ryan “KB” Batistuta shared three ways of dealing with the Timekeeper.

Use his ultimate to your advantage

Time Journey does not only remove crowd control effects but also provides a shield to nearby allies. Who works best against lineups with a lot of shield effects? Esmeralda. She is your best bet if you want to use Diggie’s ultimate against the enemy team.

Diggie is a slow hero and his abilities require timing. One way to use this to your advantage is by playing agile heroes. KB highlighted that Claude is a great marksman to counter Diggie.

Claude’s bread and butter skill, Time Mirror Image, can confuse Diggie and waste most of his abilities. Claude’s burst damage and mobility can quickly kill Diggie, giving your team the perfect opportunity to initiate a team fight.

Diggie is a hard support that thrives in creating plays for his team and helping them in sticky situations.

Instead of focusing on shutting down Diggie, KB recommends picking support heroes that can kite with your hypercarries, as they have a better chance of carrying the team to victory.

Heroes that provide valuable help to your teammates are Rafaela, Angela, or Estes. These heroes can kite and provide the necessary buff to your carries in team fights.

Diggie is a strong pick in the current meta, but there are many ways to shut him down if you play your cards right. All you need is patience and a little bit of practice on what works against him.