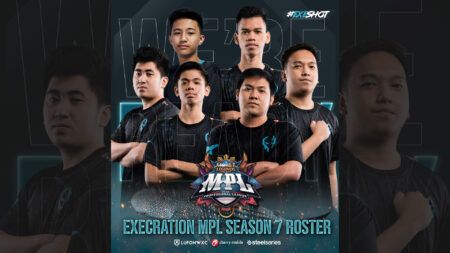 It was very close for both teams in the deciding game three, but a clutch triple kill from Execration’s Renzio at the 14-minute mark sealed the deal for the Z4pnu-led squad, who won 2-1.

Renzio’s Paquito was able to land all of his abilities against Nexplay Esports who were trying to contest the Lord. He first went for Yawi’s Khufra and effectively removed a vital initiator for Nexplay Esports.

Renzio then went on to isolate Exort’s Pharsa near the Lord pit where a big team fight was taking place, cancelling Feathered Air Strike and giving Execration a better chance at taking the Lord.

When Kelra managed to take the Lord buff, Renzio focused on Renejay’s Lunox who was at low health and finished him off where Yawi originally died near the red side’s blue buff.

Kelra took home the highest KDA in the third game finishing with 9/2/7 while Renzio was hailed as the MVP of the match with a KDA of 4/1/6.

READ MORE: Even after her nerfs, Lolita had the highest win rate in March