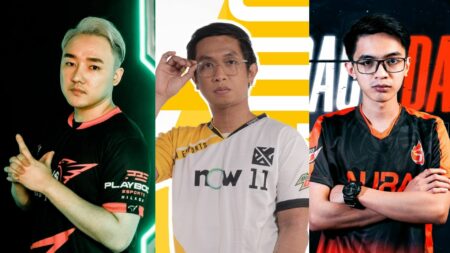 Three of Mobile Legends: Bang Bang MPL Philippines most accomplished coaches shared their dream lineup for the upcoming SEA Games to be held in Vietnam this year.

Coach Brian “Panda” Lim of PlayBook Esports, Francis “Duckeyyy” Glindro of Bren Esports, and Dale “DaleDalus” Vitug of Aura Philippines listed down who they see as the best fit to defend the title after Team Sibol’s gold-medal finish at the 30th SEA Games in 2019.

Duckeyyy, a two-time MLBB world champion coach, was the first to share his list on Facebook, which included Bren Esports’ players KarlTzy, Phewww, Lusty, and Ribo.

Former MPL PH Season 3 champions ArkAngel and Team Sibol coach, Panda, also shared his lineup in the Beyond the Meta vodcast. One player in his list differed to Duckeyyy’s: He chose ONIC Philippines’ Dlar in the EXP lane over Work Auster Force’s 3MarTzy.

Ribo and Edward also made the cut in Panda’s list, who noted their mastery playing multiple roles.

DaleDalus, the strategic coach of Aura Philippines who was also a part of the Sibol coaching staff, shared his list in Facebook.

He replaced 3MarTzy in the EXP lane with Kenji of Omega Esports, and Edward as backup.