MPL PH is back. 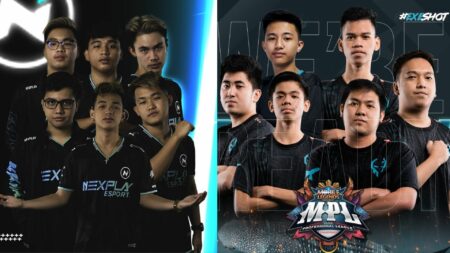 Mobile Legends: Bang Bang Professional League Season 7 will resume this week after it was postponed last week due to COVID-19. The games will now start on Thursday and be played through to Sunday.

These are three matches everyone should look forward to for the third week of MPL PH.

Rivals Execration and Nexplay Esports will clash for the first time this season and this match will definitely be the highlight for the first day of week three.

With both teams sporting revamped lineups coming into season seven, will Execration remain on top or will Nexplay Esports prove that they are now the better the team?

Long-time fans of MPL PH are very much familiar with how dominant these teams are and how they faced off back-to-back in the grand finals for seasons 4 and 5.

Now, Aura Philippines and ONIC Philippines have new players on the roster, but who will prevail in what many describe as the greatest rivalry in MPL PH history?

Omega Esports had a mixed start to the season, losing to Execration in the first week while winning against Nexplay Esports in the second. Now they are looking to keep their momentum up against powerhouse Aura Philippines.

This match will also be the first time Omega Esports face their former coach DaleDalus, and will definitely test Otit’s coaching capabilities.

Will DaleDalus be able to outdraft his former team Omega Esports or will Otit and the rest of the Omega Squad prove they are better off without the star coach?