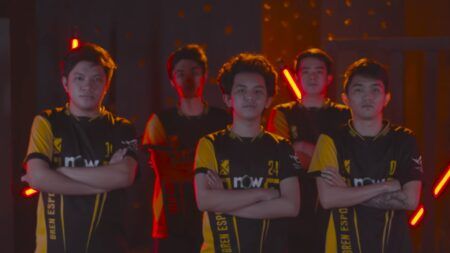 The MPL PH S6 Playoffs came to a thrilling conclusion with an intense best-of-seven grand final between league leaders Bren Esports and a surging Omega squad.

While Omega was the only team that took Bren down in the regular season, Pheww and his crew conquered their opponents and won the championship series with a 4-2 scoreline.

Bren Esports vs. Omega — game one

The first game was a quick triumph for Bren Esports. With KarlTzy using a comfort pick in Lancelot, he was an elaborate jungler that looked for every opportunity to add kills to his score.

In one play, FlapTzy failed to solo-kill KurtTzy’s Chou and was immediately punished by a double-team with Haze’s Lunox. Though the Yu Zhong player was killed, KarlTzy’s Lancelot came to avenge him with an instant double-kill on the two opponents. On top of that, the assassin player joined his other teammates to claim another kill on Toshi’s Esmeralda.

With the growing gold lead and constant lane pressure, Bren Esports managed to break down Omega’s final bot tower, exposing their base for a hard-commit clash. After just one kill on Heath’s Baxia, Bren moved in with more aggression and claimed a game one win.

Instead of focusing on skirmishes, Omega put their sights on map objectives like Turtle to maintain their power. Even though KarlTzy’s Ling captured the Turtle, their ambush proved to be the perfect moment for Hadjizy’s Roger who claimed a chasing triple-kill.

With Lord now on their side, OMG went for a risky split-push in the mid and bot-lanes. Bren was able to stop the mid-lane Lord from taking down the tower, but KurtTzy’s Barats singled out Lusty’s Tigreal with a stunning Detona’s Welcome. Hadjizy’s Roger immediately pulled through with some kills and ushered in the rest of OMG to take their first base inhibitor.

Now tied at 1-1, Bren Esports continued the series with Ribo rocking the crowd-controlling Barats and Pheww taking a more magic-heavy support in Valir. In no time, the team coordinated solid tower-dives that funneled gold into KarlTzy’s pocket.

By the late-game, Bren bulldozed through OMG’s composition, kill after kill. After a swift takedown on Toshi’s Ruby, KarlTzy’s Ling popped off with two double-kills across the jungle. With only Hadjizy left alive, the four-man Bren squad marched down the mid-lane to claim their second game.

Bren continued their success into game four now with the help of Lusty’s Khufra. Still rocking the Ling and Barats’ dynamic duo, Lusty added on the mayhem with a pinpoint Tyrant’s Rage that stunned OMG’s frontline. KarlTzy followed up with a killer Tempest of Blades and the rest of Bren cleaned up the battlefield, only leaving Hadjizy’s Yi Sun-shin alive.

While Bren was already knocking on OMG’s last top turret, they generated space to create a more effective counter-attack. With OMG’s players splitting up in the jungle, KarlTzy took them down one-by-one and did another final push into the base to bring them to tournament point.

Down but not out, Omega brought their A-game to keep themselves alive in the series. Hadjizy’s YSS became a critical factor in closing out clashes. With the Mountain Shaker revealing Bren’s steal on the blue buff, Omega came to foil their plans and Hadjizy cleaned up the skirmish with a thrifty triple-kill.

OMG had Bren locked up in their base and, in one bot turret push, Toshi’s Pharsa sniped KarlTzy down with a Feathered Air Strike. With Bren’s main carry gone, the Omega squad stormed the base for a few more kills and their second game win.

With only one game to win the MPL Championship, Bren did their best to calculate their battles against a more aggressive Omega team. In one clash at Turtle, KarlTzy’s Harith just focused on securing the turtle while the rest of Bren zoned out their opponents.

With health bars low on the opponent’s side, FlapTzy’s Yu Zhong went for the risky chase into the tower and fortunately came out with three kills and one turret breakdown for Bren.

Bren finally closed things out in an incredible re-engage in the top-lane. Even though Omega dogpiled on Lusty’s Popol and Kupa, his Alpha Wolf knock-up bought enough time for the rest of Bren to arrive.

With FlapTzy’s Yu Zhong flying in and delivering a game-winning double-kill, the Bren squad ran inside the base for a wipeout kill on KurtTzy’s Khaleed and their final game win.