These are League’s timeless classics. 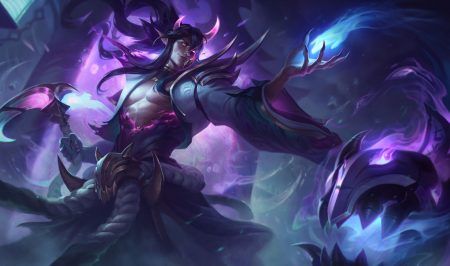 After ten years, hundreds of playable League of Legends champions, and multiple stand-alone titles like Legends of Runeterra and Wild Rift, LoL continues to expand its universe. The original MOBA game we love has evolved so much since 2011, led by Riot Games co-founders Marc “Tryndamere” Merrill and Brandon “Ryze” Beck.

With multiple champions to choose from, the League of Legends meta keeps on changing. One day your main champions are insanely overpowered, and the next day they’re weak and can barely keep up with the pace of the game.

There are, however, League of Legends champions that have remained relevant and consistent throughout the years. Here are five timeless and strong LoL champions that you can use in solo queue regardless of the current meta.

These League of Legends champions are timeless

Ornn has been relevant since the day he has been released. This League of Legends champion is an extremely tanky and strong top laner.

He’s unique because he can add items to his slots outside of base thanks to his passive ability, Living Forge, which becomes even more relevant in the late game as he’s able to upgrade his and his teammates’ items.

Ornn is so overpowered that he is the second most banned champion, and the most picked champion at the 2020 League of Legends World Championship (Worlds) with an 87% presence, according to Games of Legends.

With the release of new fighter champions like Gwen, Ornn’s pick rate has greatly declined in the top leagues in the following competitive seasons. Nevertheless, he remains a reliable top lane pick with a win rate no lower than 45%.

Lee Sin has been relevant in any meta since he can instantly fit in any team composition.

The Blind Monk is considered one of the best picks, especially in the early game where he’s able to add pressure to any lane he ganks. Because of these early power spikes and his natural ability to snowball, Lee Sin is one of the most popular junglers to grace League of Legends.

With a staggering 73.6% presence in season 12, Lee Sin has been a popular pick among major leagues. So far, T1 Moon “Oner” Hyeon-joon is the best Lee Sin player this season with an impressive 93.3% win rate out of 15 games.

Zed mains, where you at?

Zed can easily conquer the early game because of his abilities, which lets him trade effectively against enemy mid laners. He can poke them down with Razor Shuriken (Q), and is highly mobile thanks to Living Shadow (W). He can escape ganks with this mini flash in addition to his Summoner Spell.

Lastly, his ultimate, Death Mark does burst damage and is impossible to counter once he gets fed. A Zed that gets ahead is an AD carry’s worst nightmare.

Throughout the years, Lucian has been dominating bot lane, and has been a popular champion for marksman players. You could pretty much say Lucian is the most well-rounded marksman pick in the game who can be played aggressively with initiating supports.

His kit lets players efficiently clear waves with his ultimate, The Culling. He can follow up quickly with his tank’s engages during team clashes, and has a short distance dash with Relentless Pursuit (E) which helps him flee and dodge skillshots.

Overall, Lucian continues to be a popular pick because of his adaptability to any team composition for he can also be played in mid or top!

Thresh is a classic pick for support mains because of his high-value kit. His first ability, Death Sentence (Q), is good for getting picks. Once Thresh’s hook successfully lands, he can choose to pull himself towards the enemy champion to follow up with his full combo.

His second ability, Dark Passage (W), usually called “lantern” by players, can be utilized whilst engaging, but also for disengaging. Flay (E), which pushes enemies towards or away from him, can likewise be used offensively or defensively.

Thresh’s ultimate ability, The Box, is very good for team fights, especially since it slows multiple enemies in an area.

Here is a short montage of League of Legends European Championship (LEC) players showing off just how good Thresh is even at the highest level of professional play.