The claws are out for Tiger Nation! 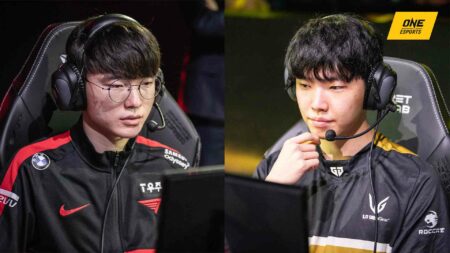 League of Legends fans will be experiencing deja vu this weekend as top teams Gen.G and T1 meet once again at the 2022 LCK Summer final.

Earlier this year, T1 bested their rivals 3-1 to claim the LCK Spring Championship, but things are looking a bit different this Summer. Gen.G finished the regular season in first place with a near-perfect 17-1 record, losing only one match to T1.

As for the reigning LCK Champions, expectations were high after their perfect 20-0 Spring season. T1 did their best to continue the win streak, but eventually dropped a few games, trailing behind Gen.G with a 15-3 record.

During the LCK Summer Final media day, Gen.G shared their expectations for the upcoming final match in Gangneung, with coach Go “Score” Dong-bin even saying that they could sweep the series.

Gen.G believes confidence is key in the classic LCK rivalry 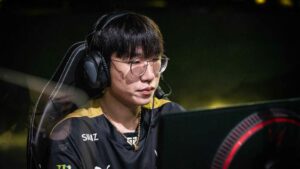 Score elaborated on his prediction of a one-sided victory. “Our players are performing at a very high level right now, and their confidence levels are also high. I believe we’ll win 3-0,” he said, according to an Inven Global translation.

But Score is still keeping his guard up against their LCK rivals. While Gen.G finished the Summer split as league leaders, he mentioned that T1 also played well and were still tough opponents.

In terms of players, the coach has his eyes on T1 jungler Mun “Oner” Hyeon-joon, since he is the one who can create the most variance in gameplay.

Despite Score’s prediction of a blowout, the squad hasn’t always been this confident. Bot laner Park “Ruler” Jae-hyuk said that the turning point came when they beat T1 2-0 in round two of the Summer season, marking their first victory against T1 in eight matches.

“Because we beat them and played well, the morale within the team was at an all-time high, and we gained the confidence that we needed. We’re confident we can beat them,” said Ruler.

Having already qualified for Worlds 2022 through championship points, the two teams will battle to determine the LCK’s first and second seeds at the international tournament.