Ssumday and FBI previously played on 100 Thieves, where they led the organization to its first-ever LCS championship back in 2021. The duo also had a taste of international play with two back-to-back Worlds appearances in the last two years.

Ssumday and FBI join Evil Geniuses for the 2023 season 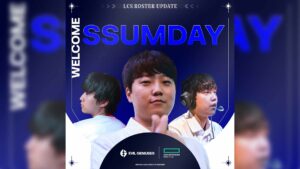 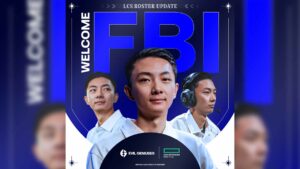 “I’m really excited to play for EG. This is another challenge and journey in my life. I will do my best to make you proud to cheer for me,” the top laner wrote in his announcement tweet.

The boys will also see a familiar face from their 100T days. Aleš “Freeze” Kněžínek, who was a 100T assistant coach for two years, has joined EG as their new head coach.

With FBI now on board, EG CEO Nicole LaPointe Jameson discussed the future of the team’s main bot laner of the 2022 season, Kyle “Danny” Sakamaki, in a Twitter thread.

“While Danny won’t be starting with us this split, I’m happy to say that he is still an Evil Genius and we continue to support him,” she wrote.

The star rookie took a break from competitive play back in September. As a result, academy player Muhammed “Kaori” Hasan Şentürk stepped up for the team during the LCS 2022 Summer final and Worlds 2022.

Evil Geniuses will return in 2023 for the LCS Lock In, the region’s official kick-off tournament of the competitive season.