The Spanish organization made the announcement about two weeks after the culmination of the League of Legends World Championship (Worlds 2022), where they finished in 17th-18th place, tied with Japanese team DetonatioN FocusMe.

“After three very enjoyable years, from rookie to LEC champion, thank you for everything,” Kaiser wrote on his Twitter account.

The German support was one of the first members of the MAD Lions roster after the organization rebranded from Splyce in 2019. During his time under the MAD banner, the 24-year-old claimed the LEC Spring and Summer 2021 championship titles.

Armut and Kaiser leave MAD Lions ahead of LEC 2023 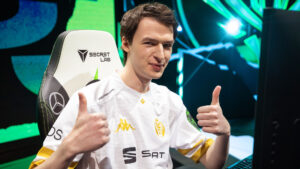 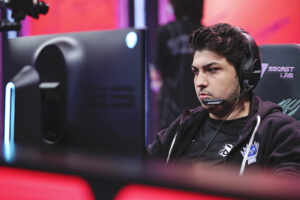 Armut has entered free agency after playing for MAD for two years. The team signed him in 2020 after his excellent showing at Worlds 2019 with SuperMassive Esports (later renamed SuperMassive Blaze).

“Last two years was a great experience,” he tweeted. “I would like to thank everyone, especially the coaching staff and management, for making us a better version of ourselves. I will wait for you guys at Worlds.”

The Turkish player will likely be taking his Gnarmut experience to North America, having reached a verbal agreement with LCS team Dignitas, according to sources.

With Armut and Kaiser out of the lion’s den, MAD is looking to sign Fnatic support Zdravets “Hylissang” Iliev Galabov, according to reports.

Find out about the major changes in the LEC’s format, Jackson Wang’s favorite Arcane character, and DRX BeryL’s anime watchlist.

READ MORE: Ready for more rookies? Players from across EMEA can now compete freely in the LEC