She’s also getting her own costume! 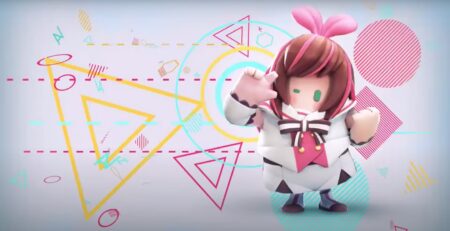 Japan’s most recognized vtuber has been transformed into the Fall Guy bean, and is a whole lot cuter. Still recognizable with her brown hair, white uniform, and of course her signature pink heart-shaped headband, players can get the full Fall Guys Kizuna AI costume set for 10 Crowns, or 5 Crowns each for the top and bottom pieces individually.

Kizuna AI has played a lot of Fall Guys on her other channel, A.I. Games. When she’s not playing games, Kizuna AI does all sorts of things like starring in her own music video or creating K-pop dance covers.

READ MORE: Vtubers are already taking over YouTube, but is this really the future of content creation?