The Netflix series brings you back to the birth of esports. 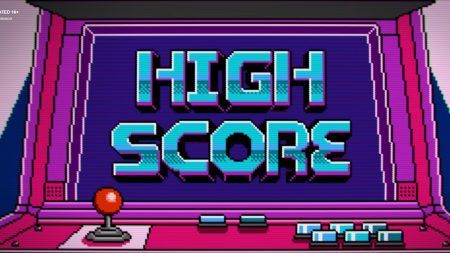 The world we live in now is filled with creative video games and competitive esports circuits, but the dominant presence of video games in entertainment was not something may foresaw during its earlier years.

For those who want to take a deep dive into the beginning of it all, the six-part Netflix documentary aptly titled “High Score” perfectly captures significant innovations that influenced the current state of video games. From your 8-bit Space Invaders to Sega’s 16-bit domination with the Genesis, the Netflix exclusive provides a lot of history for those who wanted to witness what it was like to see the birth of gaming.

Being born in the 1990s, I’m only able to recall faint memories of the original, non-color Game Boy and the first-ever Sony PlayStation, which was still just a 64-bit system. Being a PlayStation fanboy, I unfortunately never got to experience of the original Sega or Nintendo consoles.

With the series bringing light to the grudge match between the two gaming companies, you’ll find out interesting facts about how Sega eventually broke the Nintendo’s dominance over the US market. It turns out that Sega president Tom Kalinske had a plan to defeat their rivals by labeling the Genesis as the cooler “big brother” console, creating the iconic tagline of “Genesis does what Nintendon’t.”

While esports may now lofty standards on viewership and production value, the birth of competitive gaming came through casual games like Tetris and Sonic The Hedgehog II. Instead of the usual shooters and MOBAs that pitted teams against each other, the earliest competitions were about who would get the highest score. Despite the incredible differences between Sonic and a game like Dota 2, you can see how competition always came hand-in-hand with video games.

In the final episode, the series does touch on the beginning of PC’s online multiplayer scene through the 1994 release of Doom. With the brainchild of John Romero and John Carmack, the two programmers brought life to the Deathmatch mode and helped influence this idea that you don’t have to be right next to each other to compete.

Even though some of the games mentioned are over-the-hill classics, it goes to show that we wouldn’t have this current image of gaming and esports that we have now if it wasn’t for these innovative minds pushing the concept to its limits before the turn of the millennium.

READ MORE: Netflix now has a League of Legends documentary