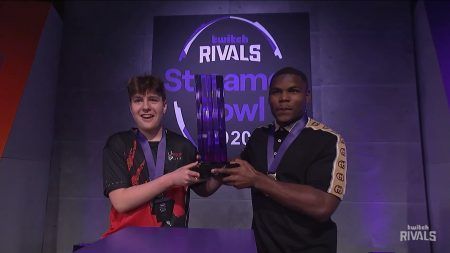 The Streamer Bowl was another collaboration between the NFL and Epic Games right before Superbowl weekend, teaming up their best players for a hectic, yet exciting battle on the Fortnite Map.

During the last match, it all came down to Clix going against Bugha. Although Cohen fared well throughout the Streamer Bowl, he checked out early in the last match from a few missteps, leaving Clix to solo-win the game.

With the circle closing in, Bugha managed to get a shotgun shot on Clix for 105 damage, but Clix healed up with a potion. Eager to fight, Bugha broke the roof of Clix’s 1-by-1, but Clix got a clear headshot, finishing the Streamer Bowl with another win.

With their cash prize of US$125,000, Clix and Cohen will be donating to WWF Australia and True Care Inc. respectively.

READ MORE: Ninja is now a playable character in Fortnite