Breso wins the Fortnite Summer Smash Tournament with a controller

The unsigned Australian native took home US$100,000 in prize money. 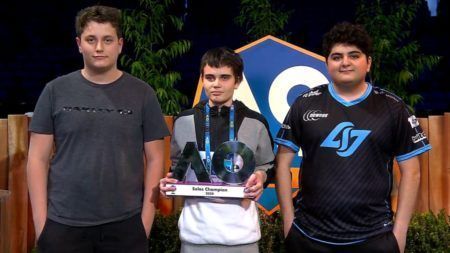 Unsigned Fortnite player, Breso, has become the first player to ever win a Fortnite LAN tournament using a controller, taking home US$100,000 in prize money.

The Queensland native won the Australian Open Summer Smash tournament over the weekend, finishing with a dominating 52 points, putting him 15 points clear of runner-up, Looter is FA.

Breso notched up 17 points in eliminations, which included six kills in the final game and four in the last few moments of the tournament.

Breso’s use of a controller has been somewhat controversial, as many pro players and prominent streamers, such as Turner “Tfue” Tenney have criticized the aim assist you only get when using a controller.

Pro Fortnite player, Mack “MackWood” Aesoph, even went as far to say that Breso’s achievement will be “defamed” due to his use of a controller.