Who can replace Raven on Geek Fam?

Those are some big shoes to fill. 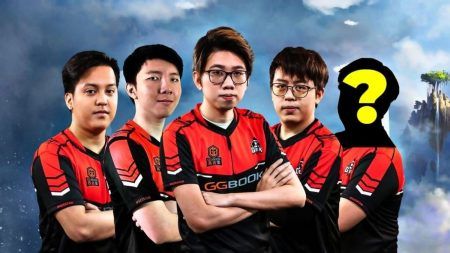 The Southeast Asian Dota 2 scene was rocked at the end of last month when Geek Fam announced that star carry player, Marc Polo “Raven” Fausto, has left the team to join Fnatic.

That sudden roster shuffle happened just a week after Geek Fam defeated Fnatic to claim the championship at the ONE Esports Dota 2 SEA League, where Raven carried his now-former team to victory to prove he remains the best carry player in the region.

It has now been three weeks since Raven left Geek Fam to form a veritable Southeast Asian superteam with Fnatic, but the star carry player’s old team don’t seem to be in any rush to replace him.

“Raven’s replacement? We are looking for the right fit, not fixed in any region,” Geek Fam’s position 4 support player, Kenny “Xepher” Deo told ONE Esports.

It’s a prudent move for Geek Fam, as they’d want to retain the chemistry they built over the course of the season and their ascent to the top of the Southeast Asian Dota scene. Even so, Raven left some big shoes to fill for whoever ends up replacing him.

Who will it be? The most obvious candidates are Nuengnara “23savage” Teerahamanon, Fnatic’s former carry player that Raven replaced, and John Anthony “Natsumi-” Vargas, who parted ways with Team Adroit last week.

While many would say that 23savage is the better player, Geek Fam would be better off pursuing Natsumi. If they are indeed looking for the right fit, then Carlo “Kuku” Palad and Karl “Karl” Jayme would surely have no qualms if they are joined by a fellow Filipino player.

But more than that, there’s also a lot of similarities between the playstyles of Natsumi and Raven. Both are self-reliant carries with a measured approach to the game, shining on heroes that can fight with their team in the midgame while still hitting insane lategame peaks like Phantom Lancer and Terrorblade.

Take a look at the clips below, if you removed the names from the Adroit heroes then you might mistake them for Geek Fam:

Natsumi has shown he can comfortably play as a semi-carry in tri-core lineups too, which allows Geek Fam to retain the draft flexibility they had with Raven in the lineup.

With that said, Geek Fam can also look at the players they already have for a potential replacement for Raven. The team can shift either Karl or Kuku to the carry role and look for a new offlaner instead.

If the team chooses to do just that, then they have plenty of potential pickups from the Philippines alone. There’s Jun “Bok” Kanehara, who parted ways with Adroit shortly after the SEA League, as well as former Neon Esports players Rafael Sicat “Rappy” Palo and Samson Solomon “Sam_H” Hidalgo.

If Geek Fam wants to relieve Kuku of his duties as team captain so he can better focus on a potential carry role, then former T1 captain and offlaner Lee “Forev” Sang-don may also be available. Former Reality Rift carry Andrew “Drew” Halim can also be a straight-up replacement for Raven, though he’s not on the same level as Natsumi or 23savage.

However, there aren’t a lot of players from other regions that could move the needle for Geek Fam available. If they are desperate enough, they could also gather all the cash they can and make a swing at luring superstar Sumail “SumaiL” Hassan to Southeast Asia.

With all that said, there’s no real rush for Geek Fam. The International 2020 (TI10) won’t be happening until next year, so they have plenty of time to look for a good replacement for Raven. If they are indeed looking for “the right fit” as Xepher said, then they should take all the time they need.