Adroit has parted ways with its original offlaner. 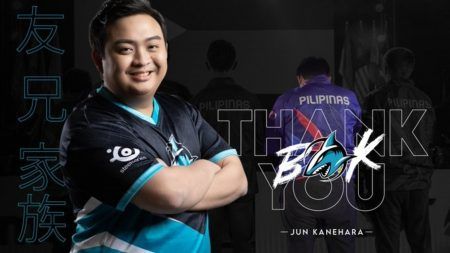 Team Adroit has announced that they have parted ways with offlaner Jun “Bok” Kanehara, with Prince Vince “Bensoy” Enriquez joining the team as his replacement.

The roster move came shortly after Adroit finished at fifth-sixth place in the ONE Esports Dota 2 SEA League.

Bok is a longtime veteran of the Philippine Dota 2 scene and is known as one of the most consistent offlane players to have come out of the country. He was part of the original lineup that Adroit debuted with in May last year.

“Bok is a pioneer of the team and a stalwart veteran in the scene. A vital part of the team’s journey – playing with the same roster for more than a year already. With him, we have made great strides, most notably; becoming the first-ever Gold Medalist of the SEA Games’ esports category. Outside of the game, we couldn’t ask more for a fun and ‘loud’ teammate and friend. We wish him good luck and to his future endeavors,” Adroit said in a statement.

Bensoy will be coming in as Bok’s replacement having already played with Adroit as a stand-in at BTS Pro Series: SEA Season 2, where he helped the team to a seventh-eighth place finish.

Adroit will be competing with Bensoy at the Huya World Esports Elite tournament and the OMEGA League Asias Division.