Raven is the missing piece for Fnatic’s SEA superteam

With Raven as their new carry, Fnatic will continue to dominate SEA and even become a TI contender. 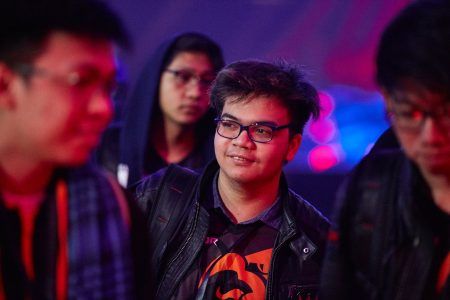 Just over a week after their resounding loss to Geek Fam in the grand finals of the ONE Esports Dota 2 SEA League, Fnatic surprised everyone by nabbing Marc Polo “Raven” Fausto away from their rivals.

The move joins Raven with Fnatic’s already star-studded core of Kam “Moon” Boon Seng, Darly “iceiceice” Koh Pei Xiang, Djardel “DJ” Mampusti, and Anucha “Jabz” Jirawong to form what is definitely most stacked roster to ever be fielded by a SEA team.

To put the talent level in the new Fnatic roster in perspective, its previous roster with 23savage as the carry won five-straight tournaments since the scene shifted to online competitions. That streak was only ended by none other than the Geek Fam squad headlined by Raven en route to their two-straight championships at BTS Pro Series: SEA Season 2 and the ONE Esports Dota 2 SEA League.

“In our pursuit to build a Southeast Asian super team and continue dominating the region, I welcome for the second time, SEA’s most promising carry into our roster. He will bring a new dimension to the team and add some firepower to our already stacked roster,” said Reinnn in a statement.

But just how does Raven make Fnatic a superteam and exactly what new dimensions does he bring to the team’s play?

Well, what do you think happens when you add the best carry player in SEA with the arguably the best four-man lineups in the region? The answer seems simple enough, but there’s still a lot of nuance there that is worth looking into.

It should first be said that this isn’t Raven’s first time under the Fnatic banner. He had a short two-month stint on the team back in late 2016, shortly after he exploded into the scene as the prodigy that led TNC Predator to their incredible upset over then two-time Major champions OG at The International 2016.

Back then, one of the things Raven was lauded for was his balanced and measured approach to the game, a far cry from the flashy and feast-or-famine playstyles of the typical SEA prodigy. That holds true to this day, even as Raven grew to become the best carry player in the region.

That’s one of the reasons why Raven is a huge upgrade over 23savage, even if the latter was a big part of why Fnatic was able to win five tournaments in a row. 23savage is a talented player to be sure — he’s one of the only two players to get to 11,000 MMR after all — but even so, Raven is still the more talented, refined, and experienced player.

In Geek Fam’s 3-1 victory over Fnatic in the grand finals of the ONE Esports Dota 2 SEA League, Raven clearly showed why he was leagues ahead of 23savage.

Both Fnatic and Geek Fam run four-protect-one strategies a lot, but for different reasons. Fnatic needs to run a lot of four-protect-ones because 23savage can really only shine with the likes of Morphling and Phantom Lancer, greedy heroes that need to take up most of the team’s resources to be effective.

Meanwhile, Geek Fam ran four-protect-strategies when the draft is right, and not necessarily all the time. Raven excels on heroes like Terrorblade and Spectre, but he is also very good with carries that are more oriented towards fighting like Gyrocopter.

Fnatic’s need to devote a majority of their resources just so 23savage can have a game more often than not hamstrung Moon and iceiceice, two dynamic players that still need a fair bit of farm to shine.

Geek Fam exploited that dynamic in their two most dominant wins over Fnatic in the grand finals. In game three, they killed iceiceice a total of nine times in game three, while in game four iceiceice and Moon combined for a 21 total deaths. If your other core players are getting that shut down just so you can run a four-protect-one to assure your carry can have a good game, then you need to rethink your strategy. Fnatic just couldn’t easily deviate away from that style given the type of player that 23savage is.

With Raven taking 23savage’s place, Fnatic is now a more versatile team. They can run true tri-core lineups they haven’t been able to do as much, with Raven on semi-carries like Ember Spirit or Razor to give Moon and iceiceice more space to shine. You can’t be much of a superteam if only one player in your stacked lineup is given the chance to be the win condition, after all.

In addition, Raven’s reliable and safe playstyle as the carry complements that of Moon and iceiceice, two dynamic and aggressive players who excel as playmakers. Here’s what a typical Fnatic setup would like once they roll out their superteam: You’ll have Moon on an aggresive mid hero, iceiceice on a tanky playmaking offlaner, and DJ on a playmaking support on their opponents’ side of the map, all while Raven is happily farming away with Jabz babysitting him.

That’s a team dynamic that plays into all of the strengths of Fnatic’s players. The four-protect-ones that the team’s previous roster ran have a low margin of error, which is especially hard to clear when your carry tends to get picked off like this:

But more than the multitude of advantages Raven brings to the table in-game, his acquisition is a power play by Fnatic that upgrades their roster while severely gutting that of their biggest rivals. In one fell swoop, Fnatic has pretty much guaranteed that they will dominate SEA for the foreseeable future and even become a contender for the championship at TI10 next year as the region’s superteam.

READ MORE: OG’s Ceb: ‘I take offense at teams thinking they can beat us’