Where will SumaiL go next? 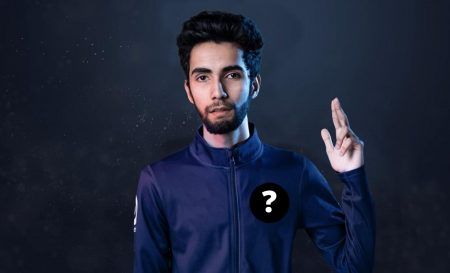 When two-time The International (TI) champions OG announced back in late January that Sumail “SumaiL” Hassan had joined their roster, many expected that such a blockbuster signing would cement the organization as Dota 2’s first-ever true dynasty.

It wasn’t hard to see why.

After all, SumaiL is the youngest player to ever win a TI when he led EG to raise the Aegis of Champions at TI5 when he was just 16 years old. Since then, the Pakistani prodigy has keyed EG’s dominance over North America and garnered two more Top 3 finishes at TI6 and TI8, on top of a long list of other accolades.

SumaiL arguably has the best case for being the best player in the history of Dota 2. So what did you think would happen if he joined the only team to have won TI back-to-back?

Unfortunately, the coronavirus pandemic threw a wrench in OG’s plans. Topias “Topson” Taavitsainen and Yeik “MidOne” Nai Zheng were unable to join the team for a time as they were stuck in Southeast Asia while SumaiL had to play from North America with high ping. Because of that, OG were just unable to get themselves off the ground.

With the coronavirus situation in the United States continuing to worsen, SumaiL will be restricted from traveling to Europe to join the team for the foreseeable future. As such, OG were unfortunately forced to let go of SumaiL and welcome back Sébastien “Ceb” Debs to fill out their roster.

So, where does that leave SumaiL now?

For the same reason why he had to be let go by OG, it’s highly unlikely that SumaiL will be taking his talents to any European teams. Aside from that, there aren’t any established teams in the region that are in real need of an upgrade in the carry and mid positions. So, SumaiL will have to go back to competing in North America. But to which team?

Some have predicted that SumaiL would rejoin his older brother, Yawar “YawaR” Hassan, in Quincy Crew. SumaiL notably started the season alongside YawaR and Quincy Crew and they looked like they could finally contest SumaiL’s former team, EG, for dominance over North America. However, SumaiL left the team less than a month later due to “fit issues.”

Those same fit issues should also prevent SumaiL from rejoining his brother. On top of that, Quincy Crew actually stands as the strongest team in North America right now after they won the region’s last four tournaments. Even if SumaiL is better than any of the players in Quincy Crew’s roster, including his brother, they don’t really need him.

So, maybe the best move for SumaiL is to return to his old team, EG. With the squad down two players, as the coronavirus pandemic prevents midlaner Abed Azel “Abed” Yusop and offlaner Roman “RAMZES66” Kushnarev from joining the team, EG has a need for SumaiL. Fit won’t be a problem should SumaiL make a return either. After all, he did play the last two years alongside the remaining EG players, Artour “Arteezy” Babaev, Andreas “Cr1t-” Nielsen, and Tal “Fly” Aizik.

If EG wants to return to the top of North America once again, there’s no better player to help them do that than SumaiL.

But what if EG wants to retain Abed and Ramzes for when the scene returns? Well, there’s still a couple of teams that should be looking to court the attention of the King.

CR4ZY stands as the second-best team in North America behind Quincy Crew and are without a carry player. The team also includes a mix of veterans that could help give SumaiL the space he needs to shine, including Kurtis “Aui_2000” Ling, who was with SumaiL in EG when they won TI5. If CR4ZY and SumaiL were to join forces, then they could definitely wrest dominance over North America away from YawaR and Quincy Crew.

Business Associates also has holes in its roster that SumaiL can fill, as Jacky “EternalEnvy” Mao is currently standing-in as the team’s midlaner. This squad has its own mix of veterans too, including TI6 finalist David “Moo” Hull and Clinton “Fear” Loomis, who also played with SumaiL in EG when they won TI5. With that said, Business Associates doesn’t have the organizational backing and financial lures that established organizations like EG and CR4ZY have.

Outside of the teams we already mentioned, there aren’t any ones in North America that SumaiL can feasibly join… Unless, one is made for him.

It’s highly unlikely, but two more of SumaiL’s old EG teammates with whom he won TI5, Peter “ppd” Dager and Saahil “Universe” Arora, could come out of retirement to join forces with him again in a new team. While there have been instances of Dota pros returning to play after announcing retirement, we likely won’t be seeing SumaiL, ppd, and Universe playing together again. Though you have to admit that would be a sight to see, especially for North American Dota fans.

With all that said, perhaps it’s better for SumaiL to wait out the pandemic for the chance to join another contender. After all, there’s no real rush when The International 2020 (TI10) won’t be happening until next year. And for someone like SumaiL, arguably one of the greatest Dota players of all time, he will always have the luxury of choice.

READ MORE: What’s next for 23savage?