The Hassan brothers unite to form one of the Dota Pro Circuit’s most formidable teams. 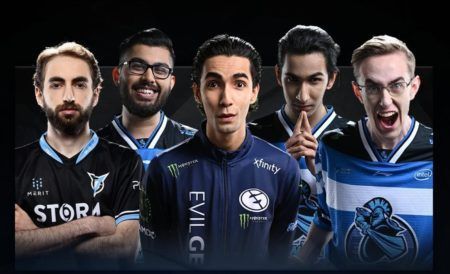 The Hassan brothers will be flanked by YawaR’s teammates from his time with VGJ.Storm and Forward Gaming, namely Avery “SVG” Silverman, Arif “MSS” Anwar, and Quinn “CCnC” Callahan. Callahan is switching to the tag “Quinn” for the upcoming DPC campaign.

SumaiL notably became the most-coveted player of the preseason player shuffle. Evil Geniuses (EG) rendered him inactive on September 16 in order to facilitate his transfer to a new team for the upcoming season.

The superstar mid first burst into the scene as a relatively-unknown prodigy back in 2015, later staking his claim as one of the best players in the world by playing a crucial part in EG winning the Dota Asia Championship and The International 2015 (TI5).

SumaiL joins a squad that not only features his brother, but players who comprised the second-best teams in North America after EG for years now. He will have the chance to further forge his legacy away from the team that gave him his start in competitive Dota.

SumaiL is expected to move to position-1 after playing mid for his entire career up to this point, with YawaR shifting to the offlaner role to accommodate his younger brother. Quinn, MSS, and SVG are expected to reprise their roles as the position-2, position-4, and position-5 players, respectively.

Team manager Jack “KBBQ” Chen said in his roster announcement on Twitter that they will announce which organization they will be playing under once terms have been settled.