Get ready to spam your “Ceeeeeeeeeeeb!” chat wheel lines. 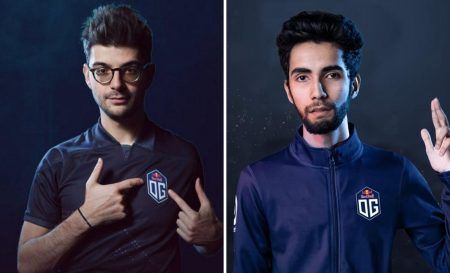 Two-time The International (TI) champion Sébastien “Ceb” Debs has announced his return to competitive play. He rejoins OG’s active roster just in time to replace Sumail “SumaiL” Hassan, who has left the team.

OG notably filled the holes in their lineup with superstar midlaner SumaiL moving to the carry role in ana’s place, former Team Secret midlaner MidOne taking up the offlane role from Ceb, and Martin “Saksa” Sazdov filling in at the position 4 support role vacated by JerAx.

As COVID-19 restrictions prevented Topson and MidOne from joining the team from March to mid-May, Ceb was forced to return to play as a stand-in for the team in a number of tournaments. Since then, he has apparently been itching to return to OG’s active roster and is eager to prove that the two-time champions are still the best team in the world.

“I actually missed them a lot. We’ve been through everything together. Every game they play in which I’m not playing felt like a waste of my time. I enjoy playing with them more than anything else,” Ceb said in a statement.

“I honestly kinda take offense in the simple fact that other teams think that they can beat us.”

While OG will surely miss the services of one the best players in the world, regaining a member of its championship core should provide the spark that the team needs.

“We’re more than ecstatic to have our pillar back on board and we’re ready to face all the upcoming challenges as a team. Sumail is one of the best players in the world, as well as a fantastic person to work with. We would like to thank him for his time spent with us and wish him the best,” said OG.

OG’s updated roster with Ceb will make its debut at OGA Dota PIT Online: Europe/CIS Season 2, which starts on July 27. The team will also compete in the star-studded OMEGA League: Europe Immortal Division on August 10.