SumaiL is the newest member of OG

The back-to-back TI champions have just added another TI winner to their roster. 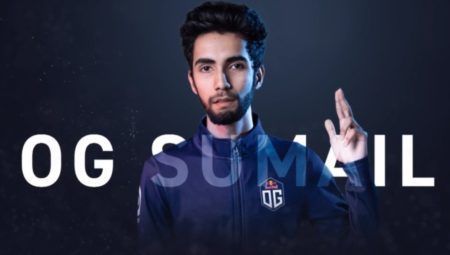 Following Anathan “ana” Pham’s decision to take an extended break for the season, OG revealed that SumaiL will be taking his place as the team’s Position 1 player after the live premiere event of the TI9 True Sight documentary movie.

“I’ve been out of the scene for a while, and it made me realize how I love [competing]. To do it with OG — people who are more accomplished than me now in Dota aspects — I’m just looking forward to learn a lot, from [Sébastien “Ceb” Debs and Johan “N0tail” Sundstein] especially. And playing with a mid [in Topias “Topson” Taavitsainen] with a 100% win rate in TI is always nice,” said SumaiL.

“I’m really excited, the most I have been in my entire life.”

SumaiL left EG, the team he started his career with last September and started off the 2019-2020 season with Quincy Crew together with his brother, Yawar “YawaR” Hassan.

However, the team failed to qualify for the MDL Chengdu Major which prompted SumaiL’s departure in October.

Now, the youngest player to ever become a TI champion has joined the team that was the first to raise the Aegis of Champions twice.

With OG position 4 support Jesse “JerAx” Vainikka’s retirement and offlaner Ceb’s departure from the active roster, the team is set to announce the two other players that will round out the rest of the lineup during the “OG Night” talk show on January 29.

SumaiL and OG are set to make their return to the scene in the qualifiers for the ESL One Los Angeles Major 2020 in early February.

READ MORE: OG’s Ceb steps back from active roster to focus on coaching