Fade is just 23 years old and has been competing for only a bit longer than three years. 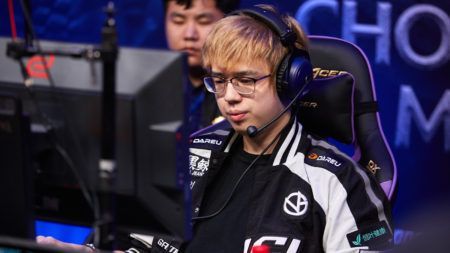 Fade posted on Weibo, China’s version of Twitter, that he didn’t want to be at the center of a “drama” and felt that his career had made him feel “increasingly bitter”. He added that he wanted to be “an ordinary person and to just simply enjoy playing Dota”.

The “drama” being alluded to in Fade’s Weibo post was a situation between Vici Gaming and Royal Never Give Up where the VG organization claimed that RNG was contacting its players while they were still competing at TI9.

However, RNG denied the claims, stating that it did not make any “operations related to the transfer of VG players during TI9” and that it had actually approached Team Secret to see if the European organization “had plans to expand in China” in a statement.

Shortly after, VG posted an apology over the accusations and cleared RNG of any wrongdoing, which then led to Fade announcing his retirement.

Fade is one of the best Dota 2 players in China. During the 2018-2019 DPC Season, he led Vici Gaming and reached top three in the DPC rankings. They have won both the Stockholm Major and the Epicenter Major this year. But after a disappointing end to their TI9 campaign, where they got demolished and eliminated by Team Secret in two quick games, it was clear VG was going to make some changes to their roster before the new season.

READ MORE: Dota 2 gets another new hero in Void Spirit