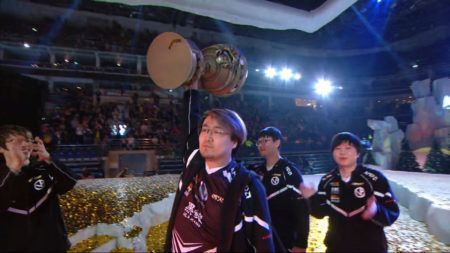 After Team Liquid’s ridiculous comeback in game four, Vici Gaming recomposed themselves. With Epicenter Major down to one last game, the Chinese squad pulled together and proved to be the best team in Moscow.

With US$350,000 on the line, along with 4,950 DPC points for the winner, VG showed the world that they too are favorites going into the International 2019. Here’s how they dismantled Team Liquid.

Zhou “Yang” Haiyang’s Mars made all the right moves, playing his initiator role perfectly. By landing precise Spears on different Liquid heroes, they eventually took control of the Dire base and ended the tournament.

VG won most of their games by showcasing their world-class synergy. In game two, they outplayed Liquid by grouping up together as five and prevented Miracle’s Slark from hitting critical mass.

Games three and five proved to be similar, just played with different heroes. Team Liquid could not inflict enough damage to VG’s line up, which was the recurring issue for the European Squad.

VG made sure not to repeat the mistakes they made in game four. They took out Liquid’s key heroes immediately, and stopped any other comeback from happening.

While VG walked away with the top prize, Team Liquid didn’t fare too badly either, earning US$170,000 and 3,000 DPC points for their efforts. Team Liquid’s Amer “Miracle” Al-Barkawi, was crowned MVP of the tournament.