Dota 2 gets another new hero in Void Spirit 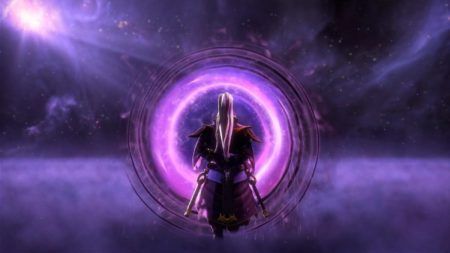 Valve Corporation has announced that another new hero will be joining Dota 2’s roster. Void Spirit will become the fourth member of the group known as the Spirit Brothers.

The reveal came after game one of the Lower Bracket series between Team Liquid and Team Secret. The announcement video revealed that Void Spirit will be coming with the Outlanders Update, which is set to be released in Fall this year.

Void Spirit will be the fourth of Dota’s Spirit Brothers, joining Storm Spirit, Ember Spirit, and Earth Spirit. The Spirit Brothers were thought to each represent different elements in the Dota universe, but the introduction of Void Spirit surely adds a twist on the origin of these heroes.

Valve teased the debut of another new hero, Snapfire, yesterday during the downtime following game one of the Lower Bracket match between Team Liquid and Evil Geniuses.

The introduction of both Snapfire and the Void Spirit follows the pattern set in last year’s International, where two new heroes — Grimstroke and Mars — were also revealed.