Liquid captain, iNSaNiA discusses what went wrong, playing for Team Liquid, and his thoughts on the new Alliance squad. 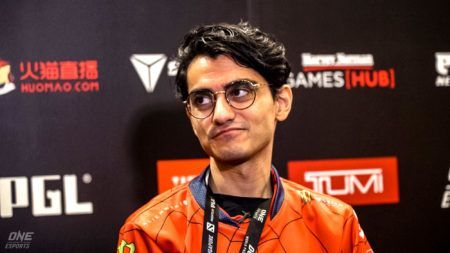 After crashing out of the ONE Esports Dota 2 Singapore World Pro Invitational with a 1-9 record, we caught up with Team Liquid captain, Aydin “iNSaNiA” Sarkohi, to ask him about what went wrong.

Team Liquid looked really good at the Leipzig Major qualifiers, but here at the Singapore Invitational your team bombed out of the tournament’s Group Stage. What happened?

INSaNiA: We were a little bit off on our synergy and our game, and we kept getting into positions in the game where if we played on point we could snowball into a win. But we never got on the same page as fast as we needed to be. Whenever you play against top teams you can’t be a little bit slower, because they’ll punish you instantly and take back any lead that you had.

I think there were a lot of games this tournament that we could’ve clutched out, but in our current form we weren’t able to do it.

What do you think threw you and your team off your game?

A lack of preparation really played a part into our performance this tournament. On top of that, the patch dropped on the same day as our flight, which hurt us a little bit too. I never want to blame it on the patch though, I think it’s because we were just unprepared.

Why were you unable to prepare properly for the event?

It’s been a pretty long season, we’ve been on the road quite a lot since we’ve been at a bunch of tournaments and bootcamps. The guys really haven’t gotten to be home much, after we got back from Chengdu we decided to bootcamp for the qualifier. Then, instead of deciding to bootcamp all the way through Singapore, we decided to just go back home.

How has it been playing for such an illustrious organization like Team Liquid?

Liquid’s really cool. We’ve only been with them for three months but basically any time there’s something they can help us with, they’ve already done it for us. Like, before we even come to ask, when we walk into the room it’s already ready.

They really know how to build a winning team and make a team better than what they are before. That’s probably their biggest strength as an organization, they help you elevate to the next level.

Do you feel any pressure to live up to the legacy of Liquid’s previous roster?

Initially, when we joined, we were under a lot of pressure to live up to the old team and how amazing they were. We definitely felt that at the start, but I think now it’s become more of I just really appreciate the things that Liquid does for us.

I don’t feel pressure in the same way that I did at the start, they feel like this big brother that always backs you up and helps you out.

Do you have any thoughts on your old organization, Alliance, and how they’re doing?

I think the Alliance roster is really strong, they pretty much picked up all the top tier players in each position in Europe to create this team that they have now.

I think Fata has managed to make them work, which is quite amazing. Usually when you have such talented players that can create problems, but they’re really meshing and it’s working out. It’s why they’re playing so well.